Healthy meals on a budget? Get inspired with Armand’s Nude Food: 50 Banting and Keto Recipes
More about the book! 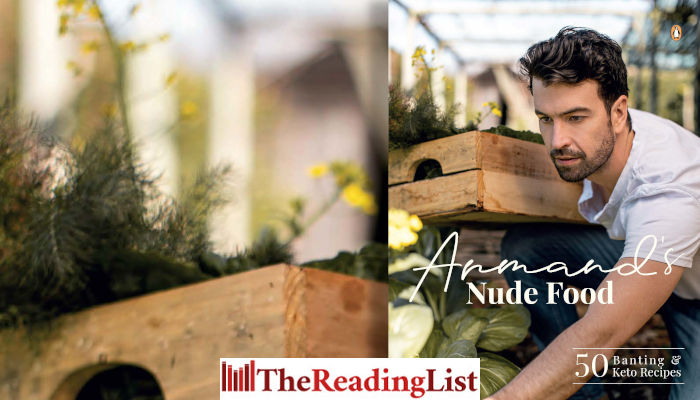 Armand is back, stripped all the way, as usual.

His first cookbook (Nude) was a runaway success and his accessible approach to food has won over many people to a new way of eating and living – fresh, unadorned, with affordable ingredients prepared in the keto and banting style. His book showed that eating good, healthy food improves health and optimises weight loss.

Now in his latest book, Armand’s Nude Food, Armand strips down his favourite dishes (and himself) even further. His self-imposed challenge was to use ingredients that were already in his pantry. These creative explorations lead to a ‘farm-to-table’ approach which proves that simple food is usually the tastiest and healthiest fare.

Armand’s Nude Food consists of 50 banting- and keto-friendly dishes. Step by step, and illustrated with beautiful photographs, Armand shows you how to create delicious dishes from fresh ingredients without making your scale or budget suffer. So add his keto herb rolls, marrow röstis and coconut milk panna cotta to your cooking arsenal and enjoy the stripped-down goodness.

Armand Aucamp is an A-list celebrity in South Africa. He recently played the lead role in the play Shakespeare in Love, the acclaimed international miniseries The Book of Negroes, the movie Ballade vir ’n Enkeling and the hugely popular TV series Die Boekklub. He has also been the MC at some Afrikaans is Groot concerts. Armand will soon be seen in various movies and TV series. He has an enormous social media presence and has tens of thousands of followers.