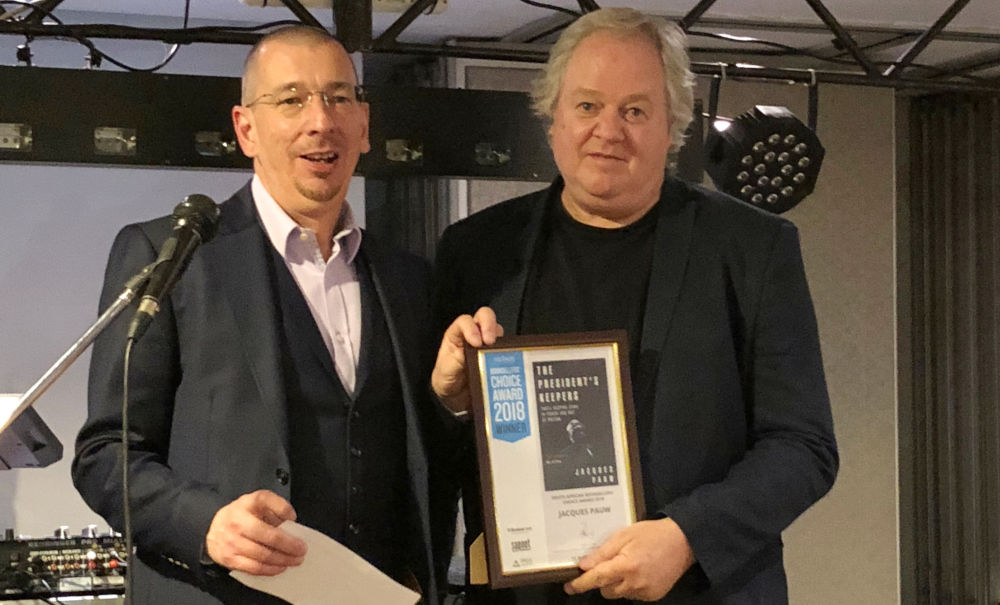 Jacques Pauw has won the Nielsen Booksellers Choice Award for his book The President’s Keepers.

The award, which is voted for by South African booksellers, goes to the book they ‘most enjoyed selling or that sold so well that it made a difference to the bottom line of booksellers across the country’. Trevor Noah won last year’s award, for his autobiography Born A Crime and Other Stories.

Pauw thanked South African booksellers for continuing to sell the book despite the controversy and threats of legal action.