FLF virtual event: The Boy Who Never Gave Up by Emmanuel Taban (22 Sep)
More about the book! 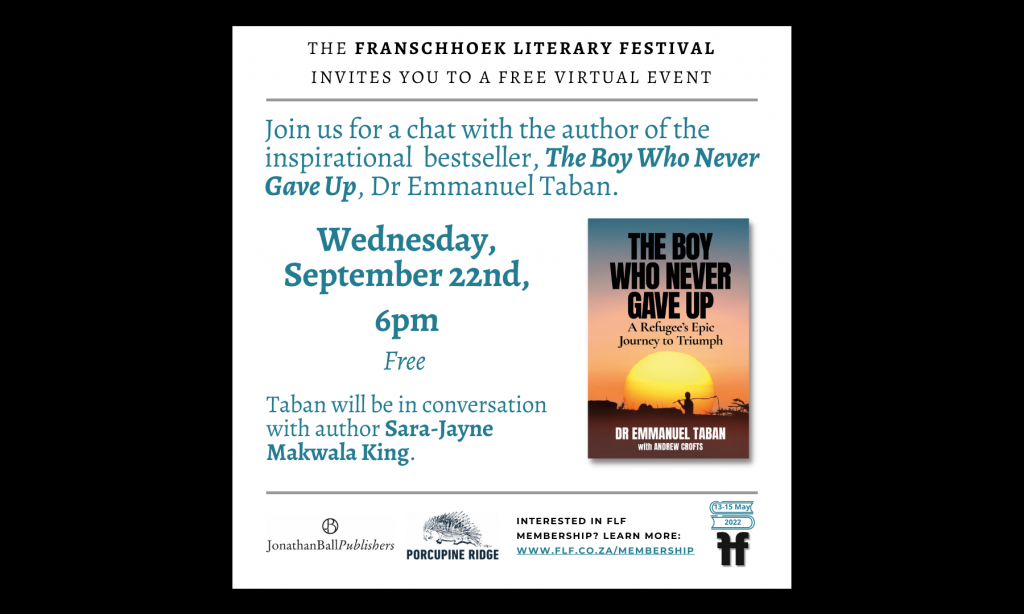 Join the Franschhoek Literary Festival for a FREE virtual event featuring Emmanuel Taban, author of the bestseller The Boy Who Never Gave Up, and Sara-Jayne Makwala King.