‘This beautifully nuanced account of the liberation struggle is a must-read’ – find out more about Mandla Langa’s new novel The Lost Language of the Soul
More about the book! 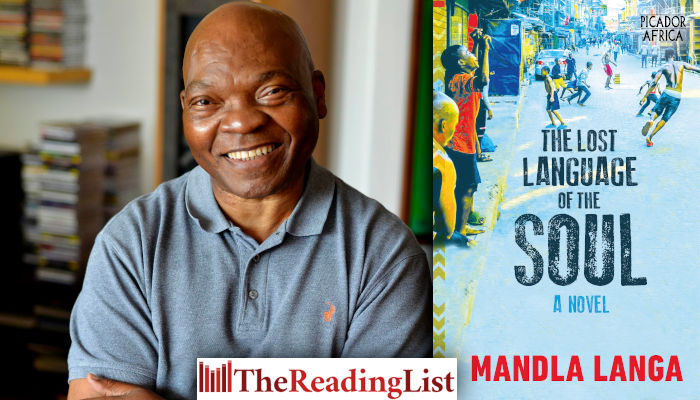 Pan Macmillan SA is proud to be releasing The Lost Language of the Soul, a new novel by Mandla Langa.

Mandla Langa needs very little introduction. His two previous novels, The Texture of Shadows and Lost Colours of the Chameleon, are both bestsellers, and this new novel displays his trademark lyricism and powerful storytelling that engages the reader from the very first page.

The Lost Language of the Soul is the story of the coming of age of Joseph Mabaso, who is a mere 14 and 15 years old in the course of the novel.

‘If I disappeared, I’d expect my children to search for me high and low. A mother disappearing goes against the laws of nature. Fathers disappear all the time; it’s their speciality.’

In The Lost Language of the Soul, Langa captures with poignancy the perspective of a vulnerable yet determined child and the clashing emotions within him as he seeks to reunite his family.

Joseph Mabaso is used to his father Sobhuza’s long absences from the family home in Lusaka. Sobhuza is a freedom fighter and doing important work, and Joseph has learned not to ask questions. But when Chanda, his mother, disappears without a trace, leaving him and his siblings alone, Joseph knows that something is terribly wrong.

And so begins a journey, physically arduous, dangerous and emotionally fraught, that no 14-year-old boy should have to undertake alone.

As Joseph navigates unfamiliar and often hostile territory in his search for his parents, he is on a parallel journey of discovery – one of identity and belonging – as he attempts to find a safe house that is truly safe, a language that understands all languages, and a place in his soul that feels like home.

‘A tremendous achievement. With insight and literary flair Langa forges a vision of the humane out of the violence, bloodshed and treachery of South Africa’s transition to democracy. This beautifully nuanced account of the liberation struggle is a must-read.’ – Zoë Wicomb

Mandla Langa was born in Durban, grew up in KwaMashu, and holds an MA in Creative Writing from Wits University. In 1991 he was awarded the Arts Council of Great Britain Bursary for creative writing, the first for a South African. Langa’s published works include the award-winning The Lost Colours of the Chameleon (2008) and The Texture of Shadows (2014).