The Distant Shores – the brand new novel from number one bestselling author Santa Montefiore!
More about the book! 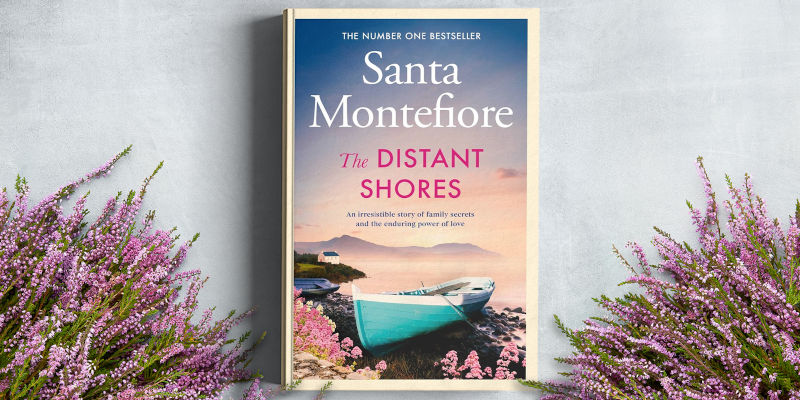 ‘Nobody does epic romance like Santa Montefiore.’ – Jojo Moyes

Pure escapism on every page, The Distant Shores tells the story of a family torn apart, and the woman who will bring them back together.

Margot Hart travels to Ireland to write a biography of the famous Deverill family. She knows she must speak to the current Lord Deverill – JP – if she is to uncover the secrets of the past. A notorious recluse, JP won’t be an easy man to crack. But Margot is determined – and she is not a woman who is easily put off.

What she never expected was to form a close bond with JP and be drawn into his family disputes. Shouldering the blame for running up debts that forced him to sell the family castle, JP is isolated and vulnerable. With help from his handsome son Colm, it seems as though Margot might be the only one who can restore JP’s fortunes.

Will the family ever succeed in healing rifts that have been centuries in the making?

Santa Montefiore’s books have been translated into more than 25 languages and have sold more than six million copies in England and Europe. She is the bestselling author of The Temptation of Gracie and the Deverill series, among many others. She is married to writer Simon Sebag Montefiore. They live with their two children, Lily and Sasha, in London.