‘Tell all your weird friends.’ Charlie Human’s new book, Ancestral, is out now!
More about the book! 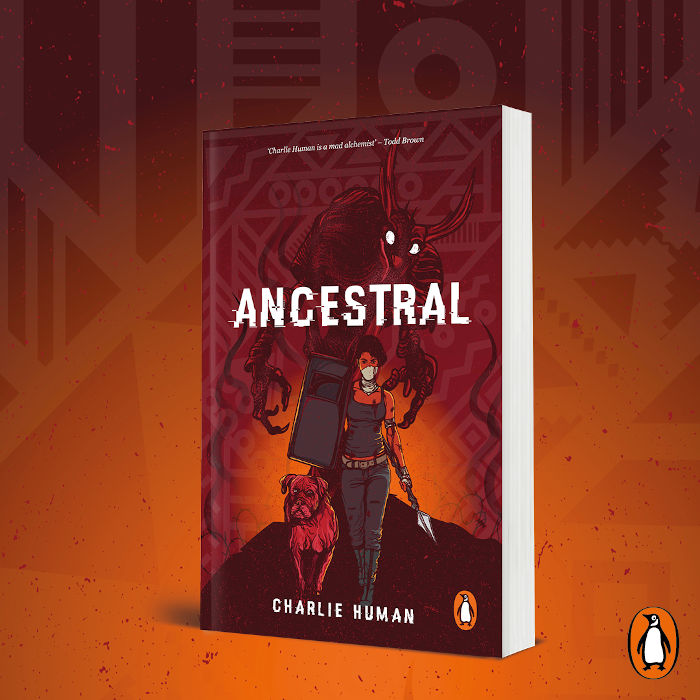 Ancestral, the new novel by Charlie Human, is out now from Penguin Random House SA!

Ancestral is Human’s third book, after the critically acclaimed urban fantasy novels Apocalypse Now Now (which has been made into an awesome short film) and Kill Baxter.

Human describes Ancestral as ‘a literary work dedicated to the important questions of our time. Like “Who would win in a fight between a Boerboel and a giant insectile monster?”‘

Read his hilarious description of the book on Facebook:

And right now she is in a hard place, searching for Drew, her young son – kidnapped and drawn into the heart of a vicious gang conflict. Ex-army and ex-cop, Clementine has tracked Drew’s phone to Welcome Shade – a sprawling retirement estate that has fallen into disrepair to become a gang-infested war-zone. With nothing but a talent for violence, a drone piloted by a skinny Afrikaans street kid as her eye-in-the-sky, and a huge dog with PTSD who tried to kill her and then, somehow, became her sidekick, she’ll wield stick and shield, machete and shotgun, and wade through a sea of bodies to find her son.