New book alert! The Resurrection of Winnie Mandela by Sisonke Msimang will be published in October 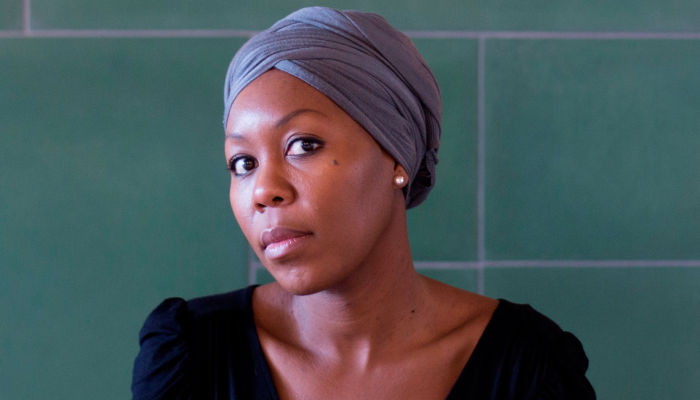 The Resurrection of Winnie Mandela, the new book from acclaimed author and public commentator Sisonke Msimang, will be out from Jonathan Ball Publishers on 24 October 2018.

The death of Winnie Madikizela-Mandela on 2 April this year unleashed a hailstorm of opinion. On one side, Winnie’s legacy was under construction by the media and public in the shadow of her sanctified ex-husband, casting Winnie as history’s loser. Msimang – who in the last few years has reflected extensively on Winnie Madikizela-Mandela – stood on the side of a younger generation, particularly of black women, who sought to reclaim Ma Winnie’s identity as an extraordinary woman and fierce political activist.

Examining that early impulse, Msimang has written a succinct, razor-sharp book. It is a primer for young feminists, popular culture enthusiasts and those interested in the politics of memory, reconciliation and justice, and a book that is as much about a woman as it is about the country she left behind.

The Resurrection of Winnie Mandela is an astute examination of one of South Africa’s most controversial political figures. It charts the rise and fall – and rise, again – of a woman who not only battled the apartheid regime, but the patriarchal character of the society that moulded her. In telling Ma Winnie’s story, Sisonke Msimang demonstrates the vital link between reclaiming the lives of one complex woman, and activism aimed at restoring the dignity of all women.

‘Sisonke Msimang’s liminal eyes provide a unique view on how much South Africa’s descent under the leadership of venal politicians has wounded those who sacrificed so much.’ – Rehana Rossouw, Business Day

‘With razor-sharp insight, Msimang writes in a reflective tone that contains with both heartbreak and humour, as she navigates some often-overlooked complexities surrounding race, womanhood and class.’ – Cher Tan, Books and Publishing

‘Few of us have felt the grinding force of history as consciously or as constantly as Sisonke Msimang. Her story is a timely insight into a life in which the gap between the great world and the private realm is vanishingly narrow and it bears hard lessons about how fragile our hopes and dreams can be.’ – Tim Winton

Sisonke Msimang divides her time between Perth, Australia, where she is head of oral storytelling at the Centre for Stories, and South Africa, where she continues to play an active role in public commentary and analysis. Msimang’s first book, Always Another Country, was shortlisted for the Sunday Times Alan Paton Award for 2018, and is being released in Australia, the UK and the USA in September 2018. Sisonke Msimang is represented by Isobel Dixon at Blake Friedmann Literary Agency, London.