‘Once you’ve read this book you will never be the same again’ – Letters to My Mother: The Making of a Troublemaker by Kumi Naidoo
More about the book! 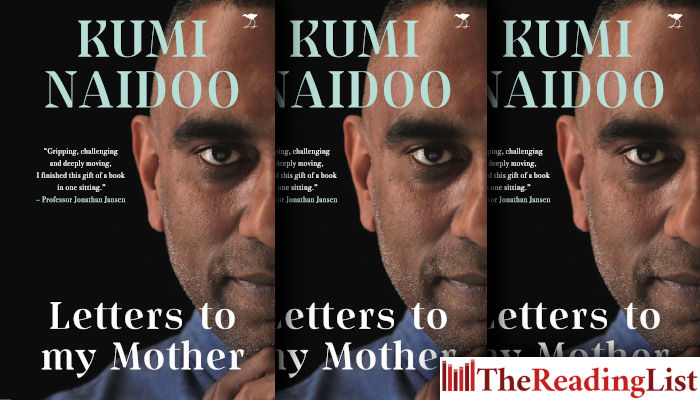 Letters to My Mother: The Making of a Troublemaker by Kumi Naidoo is out in November from Jacana Media.

‘Bookended by two unspeakable tragedies, the suicide of a mother and of a son, Letters to my mother offers one of the most compelling accounts yet of the making of an antiapartheid activist.’ – Jonathan D Jansen

‘Through his vulnerable remembering, he shows us that when we are ready, we must face ourselves and our untold stories.’ – Siphokazi Jonas

‘Once you’ve read this book you will never be the same again.’ – Noel Daniels, CEO Cornerstone Institute

This is more than a book.
This is a blazing voyage.

Growing up in apartheid-era Chatsworth, Kumi Naidoo tells how his mother’s suicide when he was just 15 years old acted as a catalyst for his journey into radical action against the apartheid regime.

In this revelatory and intimate story, Naidoo describes his political awakening, and his experiences as a young community organiser and underground ANC activist during the 1980s. His grief and anger became fuel for his efforts to help liberate South Africa and to build a better world.

Kumi Naidoo has been a troublemaker for over forty years. A former Secretary General of Amnesty International and former Executive Director of Greenpeace International, he has become a global figure in progressive social movements worldwide. A child activist of the struggle against apartheid in South Africa, Naidoo was born in 1965 and grew up in the township of Chatsworth. He cut his teeth as a youth organiser during the anti-apartheid school boycotts of the early 1980s, going on to become deeply involved in the underground activities of the African National Congress.

Having been arrested multiple times, and with a price on his head, Naidoo fled to the UK in 1987 where he took up a place at Oxford University as a Rhodes Scholar, remaining in exile until 1990.

On his return to South Africa, Naidoo played a key role in the establishment of the Independent Electoral Commission (IEC) ahead of South Africa’s first democratic elections in 1994. He took on the responsibility of training the electoral staff and served as one of the spokespersons of the IEC.

He served the adult literacy movement before taking on the role of Founding Executive Director of the South African NGO Coalition (SANGOCO), an umbrella body for non-governmental organisations. Between 1998 and 2008, Naidoo was Secretary General and Chief Executive Officer of CIVICUS: World Alliance for Citizen Participation, a network dedicated to strengthening civil society around the world.

In 2009, Naidoo became Executive Director of Greenpeace International, the first person from the Global South to lead the organisation. His tenure is notable for his efforts to reorient environmental activism in alignment with wider global movements for economic and social justice. After stepping down from Greenpeace in 2015, Naidoo directed his energies towards the establishment of the Pan-African civil society movement Africans Rising for Justice, Peace and Dignity, for whom he is still a Global Ambassador. He continues to be involved with a number of grassroots civil society organisations and movements, helping to develop a new generation of activists equipped to meet contemporary challenges.

From 2018 to 2020, Naidoo was Secretary General of Amnesty International.

He now serves as Special Advisor to the Green Economy Coalition and Senior Advisor to the Community Arts Network. He is the host of the Power, People and Planet podcast where he is joined by activists, artists and community leaders who are seeking to build a more sustainable future. He is currently a visiting Fellow at Oxford University, an Honorary Fellow of Magdalen College, and Professor of Practice at Thunderbird School of Global Management, Arizona State University. He holds honorary doctorates from Nelson Mandela Metropolitan University (2014); University of KwaZulu-Natal (2016); Durban University of Technology (2017); University of Johannesburg (2018); and University of Adelaide (2019).

Phew! Can’t believe this is finally coming out. Thank you to everyone that has been involved in this process with me and thank you @JacanaMedia for giving me a space to share my Letters to My Mother!#LettersToMyMother #MakingOfATroubleMaker pic.twitter.com/f2QWLpHlFD