‘I hope readers will have a laugh, shed a small tear and leave the book a little happier than when they started it’
More about the book! 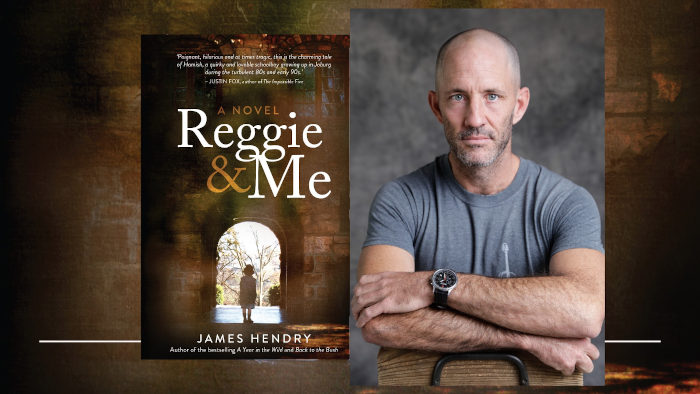 Pan Macmillan chatted to James Hendry about his new novel Reggie and Me.

Hendry is a wildlife television presenter, who has hosted the prime-time TV series safariLIVE for Nat Geo Wild, the SABC and international internet audiences. He has worked as a guide, ranger, teacher, ecologist, lodge manager, researcher and entertainer. He has a Masters in Development Studies and speaks isiZulu and Shangane conversationally. His first novel, A Year in the Wild: A Riotous Novel (2011), became a South African bestseller and was followed by Back to the Bush: Another Year in the Wild (2013).

Hendry says of his new book: ‘Mostly, I hope readers will have a laugh, shed a small tear and leave the book a little happier than when they started it.’

One would wonder, when do you get the time to write and where do you write?
This did take five years! So I don’t find a lot of time. I wrote most of this between the Sabi-Sands game reserve and my parents home in the little seaside village of Kenton-on-Sea when I was on leave from work.

How do you tackle writers block?
Yoh, that’s a tough one. Writer’s block should perhaps be generalised to ‘artist’s block’ or ‘creative block’ – visual artists and musicians also get it. Sometimes leaving the work for a while helps but often not. Sometimes just pushing through and writing a load of garbage that you know won’t make it, loosens the creative shackles. I also sometimes read funny scripts – like Blackadder or Fawlty Towers. You can (and probably should) steal small tidbits of style from the masters.

In all spheres of your work you tell stories. How important is it to find the right story?
I am not sure how to answer this one. Sometimes the substance of the story is important and sometimes it’s the way of telling the story that captivates the audience. In my work, you can tell a story about a single piece of herbivore dung that can reveal the awesome complexity of nature with a range of astonishing facts. At the same time you can tell a story about the same piece of dung that aims to make people laugh. It’s all in the telling.