‘He caught a serial killer when he was 12 years old.’ Read an extract from In the Midst of Wolves, the new thriller by Kurt Ellis
More about the book! 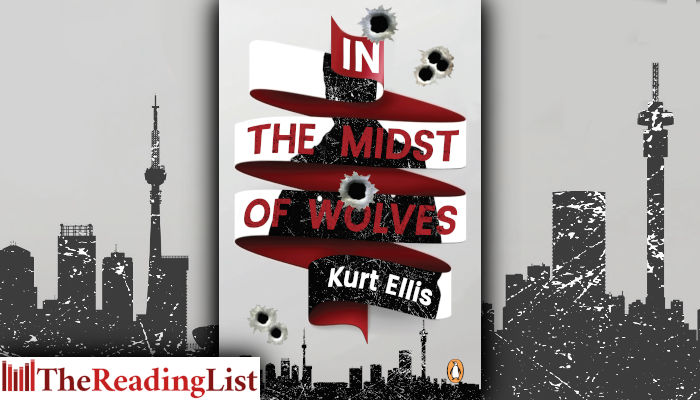 Penguin Random House has shared an extract from In the Midst of Wolves, the new novel from Kurt Ellis.

The book will be launched at Love Books on Thursday, 24 October 2019.

Back in South Africa after working with the FBI, he is haunted by his past mistakes, including the death of his fiancée. When a young woman is murdered and dismembered in her Johannesburg apartment, Creed’s long-time friend and head of the SAPS’ Investigative Psychological Unit, Major Eli Grey, enlists his help in investigating the murder – an attempt to save the self-destructing Creed from himself. But not all the Unit’s members welcome his involvement, and there are those intent on exposing his secrets while the murder is being solved.

The young woman’s community are convinced she was the victim of a witch called Nomtakhati, but Creed’s hunch points to an angry ex-boyfriend. Who, or what, is really behind the murder? Could it be Nomtakhati, who believes Nick Creed is uSatane?

In the Midst of Wolves is a dark psychological thriller about metaphorical demons from the past and the living monsters who target the innocent.

Kurt Ellis was born in 1983 in Sydenham, Durban. He escaped into the world of fiction from an early age. After he matriculated Kurt moved to Johannesburg to study English Literature. He won the Harry Oppenheimer Creative Writing award at Wits in his first year, before pursuing a career in sales. His debut novel By Any Means was published by Human and Rousseau in 2014, and went on to be longlisted for the Etisalat Prize for Literature. In the Midst of Wolves is his second novel. Kurt currently resides in Johannesburg with his wife and two children.

Luke Meyer ran his forefinger and thumb down the corners of his mouth. ‘May I speak frankly, Major?’

‘I believe you’re risking your career and reputation on a man with more demons than Dante’s Inferno. Besides the fact that he’s reeked of alcohol and marijuana every time I’ve been in Nick Creed’s presence, the events that occurred in the US around the Rodriguez case should be worrying to all of us.’

‘Let me tell you a story, Meyer,’ Grey interrupted, ‘a personal story that I don’t usually like to share.’ He looked into the corner of his office, at a ghost only he could see. ‘My parents died in a car accident when I was sixteen. And do you know who was there to console me through that tragedy?’

‘No one. No one at all. I was alone. Oh, I had family: aunts, uncles and cousins. But they were more interested in trying to get access to my parents’ money than in helping me. I met Nick at university two years later. We were both members of the boxing club and we soon became good friends. Best friends. We did everything together. Studying, sports, chasing girls. At the time, I was dating Henriette Swanepoel.’

He reached across his desk to a picture frame and handed it to Meyer. The teenaged girl sitting on the steps of an old building was beautiful. She had a huge, toothy smile, an oval-shaped face with a sprinkling of freckles and sparkling blue eyes. Her blonde hair was tied in a tight ponytail, yet a lock of hair fell across her face.

Meyer had wondered who she was when he’d first seen the photograph many months earlier. The Major had a disarming number of picture frames around his office, all containing a newspaper clipping from the cases he had solved in his illustrious career. All but one – the one Meyer was holding in his hand.

‘She was beautiful, funny, smart, and I loved her. And then Nick met Megan and he too was head over heels in love. We both were incredibly happy. The world was waiting. I was studying business, but Creed already knew he wanted to hunt down monsters. He was a criminology and psych major.’

Meyer handed the photograph back to Grey, who fixed his gaze on the girl in the frame. His eyes glazed over for a second as he slipped into a memory.

‘A month or two after Nick had met Megan, Hettie left school to go home to Bloemfontein for the weekend. It was a last-minute trip. She said she was missing her parents and just wanted to see them. So she left on the Friday. On Saturday morning, the police came to the flat I shared with Nick to tell me that she’d been murdered.’

Grey stared at the floor for a minute.

‘They’d found her body on a road. Not in a ditch on the side of a street, but in the middle of the M38, for all to see. Nick was with me when I was told. He was with me when the police questioned me. And during her funeral and every time we went to the police for an update on the case, he was there. He was with me every time those idiots said they had no new leads. He was there when I decided to change my major so I could find that … person who’d hurt Hettie and others like her. He was there for me like no other person ever was. Not even my own family. That’s the type of person he is, Meyer. Loyal. Honourable.’

Meyer nodded. ‘Major, I’m sure he’s a great friend, but I still don’t see how or why we need someone like him in the unit. He has a substance-abuse problem. He’s arrogant. He displays narcissistic, even psychopathic tendencies. He …’

‘He caught a serial killer when he was twelve years old. How many people can say that?’ Grey took another sip of coffee. ‘Meyer, you and I both know that there are monsters out there, those big, bad wolves constantly on the prowl. And everyone else is just sheep. Just dumb, helpless sheep, working nine-to-five jobs to pay the bond or the rent. Sheep, oblivious of the wolves around them. Oblivious of the wolves in sheep’s clothing that they greet at the office or in church; the wolves that take them out on dates and share their beds. They don’t know that every time they go to the mall, to work, to school, chances are they’re walking right past these wolves. These wolves are constantly watching them, stalking them, waiting for the right time, the right opportunity to strike. To pick one of them off the moment they stray too far from the herd. We have both seen far too often how brutal and vicious these attacks are. And that’s why we are here. We’re the shepherds who protect the flock. And just like shepherds, we need help to do so. So who do we get to help us keep the wolves at bay? Another sheep?’

He didn’t wait for Meyer to answer.

‘Of course not. You get yourself a dog – a big, vicious demon dog to give those wolves nightmares. You get a monster that’ll have other monsters checking under their beds for him. And that’s what Creed is. He’s a monster of a dog and he is on our side. If we want to stop these wolves, Meyer, we need Creed. He knows how they think and what they’re hiding. He knows how they’ll react. He’s the one who can see under their disguises. He’s the one who can sniff them out.’

Meyer scratched his chin. He thought of a verse from the gospel of Matthew: Behold, I send you forth as sheep in the midst of wolves … He was tempted to continue with the analogy and say that, just sometimes, the dog you got to protect the sheep will turn on his flock, will turn on his master, even. What do you do then? Do you not put him down behind the shed?