Festive wishlist 2020: 10 of the hottest reads of the year for an epic summer vacation 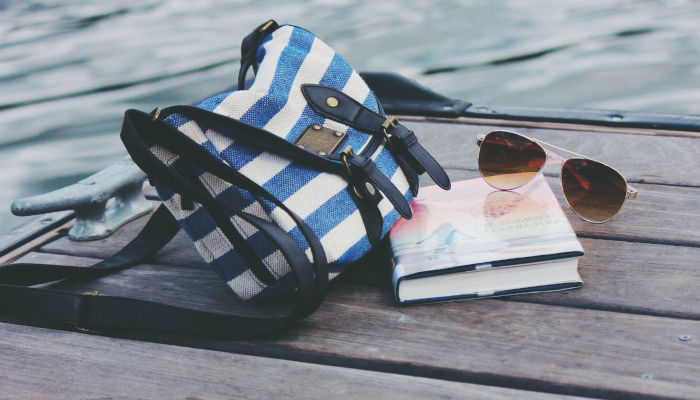 The festive season is a time for rest and relaxation – have a browse of these recently published beach reads for inspiration!

What’s a beach read, you ask? According to Vulture, a beach read is a ‘vacation in a book’. It helps you to escape to other worlds, has a fast-paced plot, and best of all – you can share it with your mother-in-law. But ultimately, what you take to the beach is up to you, so why not fill your tote with the hottest titles of 2020?

From award-winning local fiction to international bestsellers, our selection has something for everyone. 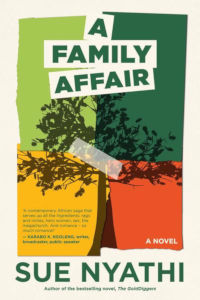 A Family Affair by Sue Nyathi

A contemporary African saga that serves up all the ingredients: rags and riches, hero women, sex, the megachurch. And romance – so much romance!’ – Karabo Kgoleng, writer, broadcaster, public speaker

Get ready to meet the Mafus, a close-knit and traditional family. They are trying to keep the different branches of their family intact and present a united front.

But as their personal lives unravel, devastating secrets are reveals that threaten to tear the family apart.

For how long will they be able to hide behind the façade of a picture-perfect family? 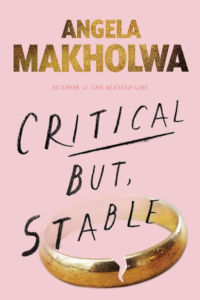 Critical But Stable by Angela Makholwa

The idea behind the club is to pull funds together and collectively make short term investments while socialising with the ‘right’ people. In reality, none of them really need the money, the social club is an excuse to have extravagant parties and keep up appearances. We quickly learn that nothing is as it seems in the novel’s opening scene where a man is looking down at the naked body of a beautiful woman, who might be dead. We don’t know who either of them are but immediately sense that something bad has happened and she shouldn’t be where she is.

As we get to know the couples we learn that behind closed doors they all face serious challenges in their relationships. Debt, sexual frustration and dangerous ambitions threaten to destroy everything they’ve built so far. They all try to deal with their issues quietly but as the opening scene suggests their journeys are anything but smooth. As the story progresses we piece together clues to who the woman might be and what happened to her. 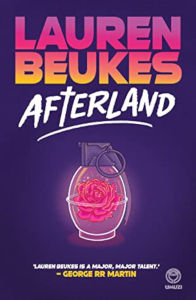 In a future where most of the men are dead, Cole and her 12-year-old son Miles are on the run from the most dangerous person she knows … her sister.

Miles is one of the lucky survivors of a global epidemic. But, in a world of women, that also makes him a hot commodity. The Department of Men wants to lock him away in quarantine, forever maybe.

A sinister cult of neon nuns wants to claim him for their own; the answer to their prayers. And boy traffickers are close on their heels, thanks to Billie, Cole’s ruthless sister, who Cole thought she left for dead.

In a desperate chase across a radically changed America, Cole will do whatever it takes to get Miles to safety. Because she’s all he’s got. 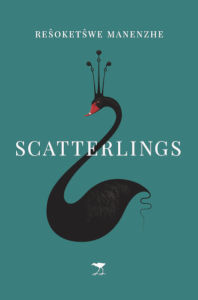 ‘Scatterlings is a brilliant piece of writing, telling a story seldom told in South Africa. It is a compelling, original novel, ambitious in its form, with a pioneering depth of research.’ – Jennifer Malec, Dinaane Debut Fiction Award judge

Scatterlings by Rešoketšwe Manenzhe – the winner of the 2020 Dinaane Debut Fiction Award – is set over a hundred years ago, and chronicles a tale of migrancy very different to what we have come to expect in African literature.

It incorporates myth and ritual, and the stories of extraordinary, ordinary women.

What Scatterlings illustrates is that it is possible to write what you know without limiting yourself to your own actual, physical, lived experience. 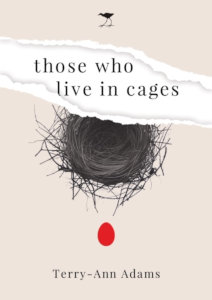 Those Who Live in Cages by Terry-Ann Adams

I hear the sound of the dice as it hits the pavement.
I am the smell of Cobra polish and new paint after Christmas bonuses get paid in.
These are the things that make me, me.
So welcome and enjoy your time here as you walk down my dusty streets, play drie blikkies with my children, have a dagwood and listen to Blue Magic.
Welcome to Eldorado Park.

With a nod to Marian Keyes, a curtsy to Shirley Goodness and Mercy and wave to Bernadine Evaristo, Those Who Live in Cages will change you, lift you, move you.

Those Who Live in Cages tells the interweaving stories of five women from Eldorado Park in Johannesburg. It is a novel about family, friendship, identity and womanhood, and a glimpse into the lives of those who have, as Jamil F Khan puts it, ‘always been hidden in plain sight’.

The novel does not shy away from depicting the injustice and despair that permeate this Coloured community, but at the same time it is a playful, rich narrative, with an extraordinary sense of place. 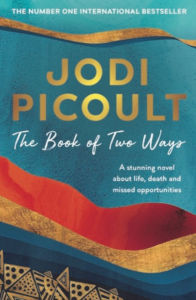 The Book of Two Ways by Jodi Picoult

Dawn Edelstein knows everything there is to know about dying. She specialises in helping her clients make peace with the end of their lives. But as she’s flying home from her latest case, she is forced to confront her own mortality for the first time.

Instead of seeing her brilliant quantum physicist husband and their beautiful daughter flash before her eyes in what she assumes are her last moments, only one face is shockingly clear: Wyatt Neville.

Safely on the ground, Dawn now faces a desperate decision. Should she return to Boston, her family, and the life she knows, or journey back to an Egyptian archaeological site she left over a decade earlier, reconnect with Wyatt, and finally finish her abandoned magnum opus, The Book of Two Ways.

As the story unfolds, Dawn must confront the questions she’s never truly answered: What does a life well-lived look like? When we depart this earth, what do we leave behind of ourselves? And who would you be, if you hadn’t turned out to be the person you are right now? 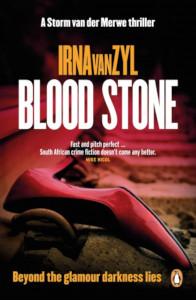 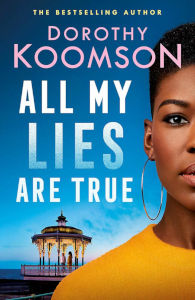 All My Lies are True by Dorothy Koomson

From the bestselling author of Tell Me Your Secret and The Brighton Mermaid comes the breathtaking sequel to the iconic bestseller The Ice Cream Girls.

I can’t imagine Mum’s face when I tell her.
When I start to explain what I’ve done … and why I had to do it.

My phone starts to flash with a silent incoming call. The SOS I was desperate for.
‘What’s happened?’ he asks. I thought there’d be comfort in his voice but no, it makes it real, makes it terrifying.
‘He’s at my flat,’ I whisper. ‘I think I killed him.’

Verity is telling lies … And that’s why she’s about to be arrested for attempted murder.
Serena has been lying for years … And that may have driven her daughter, Verity, to do something unthinkable …
Poppy’s lies have come back to haunt her … So will her quest for the truth hurt everyone she loves?

But whose lies are going to end in tragedy? 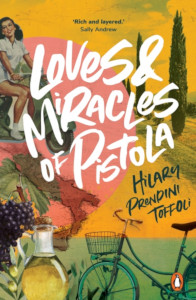 Loves and Miracles of Pistola by Hilary Prendini Toffoli

In a tiny Italian village, life in the 1950s is a daily pageant of small human dramas. There are lippy signoras and earthy farmworkers. There is a coffin-maker, a silkworm farmer and those who catch frogs for the town’s local delicacy: frog risotto. And then there’s Pistola, a teenage boy in love with his second cousin Teresa, a girl who is sadly destined to marry the village thug.

To escape his heartache, young Pistola accepts the offer of a lifetime: to travel to South Africa to work on the trains. In lively Johannesburg, he and a group of compatriots are trained as stewards and taught to speak English – and Afrikaans. It’s not all work, mind you. The Italians set up home in Hillbrow and go partying in Sophiatown with the likes of Miriam Makeba. When Pistola falls for the spunky Malikah, a political activist, the apartheid police watch every breath of their passionate, illicit relationship.

Flash forward a few years, when Pistola, no longer the gauche village boy, must return home to make a decision that will define his future. Witty, affectionate and vivid, this coming-of-age novel pays homage to the 110 young Italian men who were recruited to work on the South African Railways and introduced Italian cuisine to the nation. 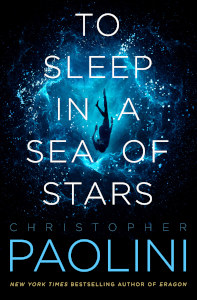 To Sleep in a Sea of Stars by Christopher Paolini

Something for the science fiction lovers.

To Sleep in a Sea of Stars is a masterful epic science fiction novel from the bestselling author of the Inheritance Cycle, Christopher Paolini.

You flew on the wings of dragons, now soar into a sea of stars …

During a routine survey mission on an uncolonised planet, xenobiologist Kira Navárez finds an alien relic that thrusts her into the wonders and nightmares of first contact.

Epic space battles for the fate of humanity take her to the farthest reaches of the galaxy and, in the process, transform not only her – but the entire course of history.