Under the Camelthorn Tree: Raising a Family Among Lions by Kate Nicholls – a 21st-century My Family and Other Animals with a dark side
More about the book! 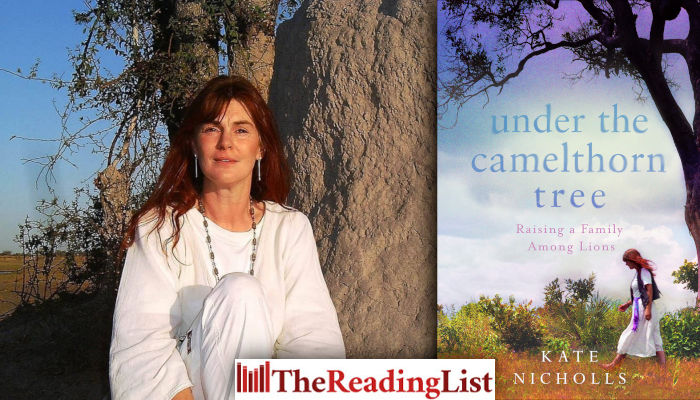 Under the Camelthorn Tree: Raising a Family Among Lions – a mother’s gritty yet often humorous account of bringing up her five children in a lion research camp – is out now from Jonathan Ball Publishers.

Kate Nicholls left England to raise her five children in Botswana: an experience that would change each of their lives.

Living on a shoestring in a lion conservation camp, Kate homeschools her family while they also learn at first-hand about the individual lives of wild lions. Their deep attachment to these magnificent animals is palpable.

The setting is exotic but it is also precarious. When the author is subjected to a brutal attack by three men, it threatens to destroy her and her family: post-traumatic stress turns a good mother into a woman who is fragmented and out of control.

In this powerfully written, raw and often warmly funny memoir, we witness the devastation of living with a mother whose resilience is almost broken, and how familial structures shift as the children mature and roles change.

Under the Camelthorn Tree addresses head-on the many issues surrounding motherhood, education, independence, and the natural world; and highlights the long-lasting effect of gender violence on secondary victims. Above all, it is an inspiring account of family love, and a powerful beacon of hope for life after trauma.

Kate Nicholls was born in London in 1954. She belongs to a theatrical family and had a successful career as an actress, appearing on television, at the RSC and the National Theatre. Inspired by Darwin and Dawkins, she gave up acting to study biology, and moved her family to Botswana where she worked for Women Against Rape, in Maun. A year later she began researching lions in the Okavango Delta. She remains passionate about wildlife conservation, gender equality and educational reform. She is currently living in Rome, where she is running Brightlights Homeschool and writing her second book.

After the publication of 1984, George Orwell sent a copy to his high school French teacher, Aldous Huxley