She went to Paris to start over, to make art instead of being made into it – The Age of Light by Whitney Scharer
More about the book! 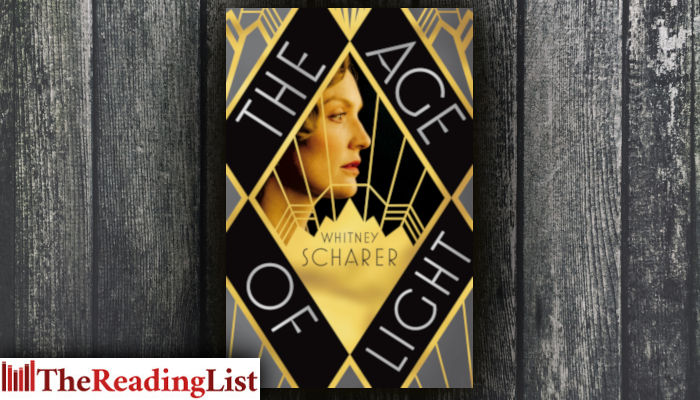 A captivating debut novel by Whitney Scharer, The Age of Light tells the story of Vogue model turned renowned photographer Lee Miller, and her search to forge a new identity as an artist after a life spent as a muse.

‘I’d rather take a photograph than be one,’ says Lee Miller, shortly after she arrives in Paris in 1929. Gorgeous and talented, Lee has left behind a successful modelling career at Vogue to pursue her dream of being an artist. There she catches the eye of the famous Surrealist artist Man Ray. An egotistical, charismatic force, Lee is drawn to him immediately. Though he initially wants to use her as a model, Lee is determined to become Man’s photography assistant instead.

As their personal and professional lives become further entwined, Lee is consumed by two desires: to become a famous photographer and to have a healthy and loving relationship. But as Lee asserts herself and moves from being a muse to an artist, Man’s jealousy spirals out of control, and their mutual betrayals threaten to destroy them both.

Richly detailed and filled with a cast of famous characters, The Age of Light is a captivating historical novel about ambition, love, and the personal price of making art. In exploring Lee’s complicated and fascinating history, Whitney Scharer has brought a brilliant and pioneering artist out of the shadow of a man’s story and into the light.

‘In incandescent prose, Whitney Scharer has created an unforgettable heroine discovering her passion, her independence, and her art – and what she must sacrifice to have them. Sweeping from the glamour of 1920s Paris through the battlefields of World War II and into the war’s long shadow, The Age Of Light is a startlingly modern love story and a mesmerising portrait of a woman’s self-transformation from muse into artist.’
– Celeste Ng, New York Times bestselling author of Little Fires Everywhere

‘Whitney Scharer’s storytelling is utterly immersive and gorgeous in its details, transporting you into Lee Miller’s life, and her struggles to be taken seriously in a man’s world. This is a powerful, sensual and gripping portrait of the forging of an artist’s soul.’
– Madeline Miller, New York Times bestselling author of Circe

‘An extraordinary young woman discovers love and art and betrayal among the artists of 1930s Paris and documents the horrors of war through her singular camera lens. An uplifting, heartbreaking and altogether immersive read.’
– Helen Simonson, New York Times bestselling author of The Summer Before The War and Major Pettigrew’s Last Stand

‘When I first read The Age of Light, I thought it might have been written expressly for me, since it has everything I love in it: photography, sex, love, war, 1920s Paris, a relationship struggle between two artists, a woman’s journey from model to photographer, and the most exquisite writing. Then I realised: this magnetic, addictive novel will beguile every reader. Read it, read it!’
– Jenna Blum, New York Times bestselling author of Those Who Save Us and The Lost Family

Whitney Scharer holds a BA in English Literature from Wesleyan University and an MFA in Creative Writing from the University of Washington. The Age of Light, based on the life of pioneering photographer Lee Miller, is her first novel. She lives with her husband and daughter in Arlington, Massachusetts, United States.