Read an extract from Jonathan Kaplan’s book Winging It, detailing the emotional process he went through using surrogacy to become a dad
More about the book! 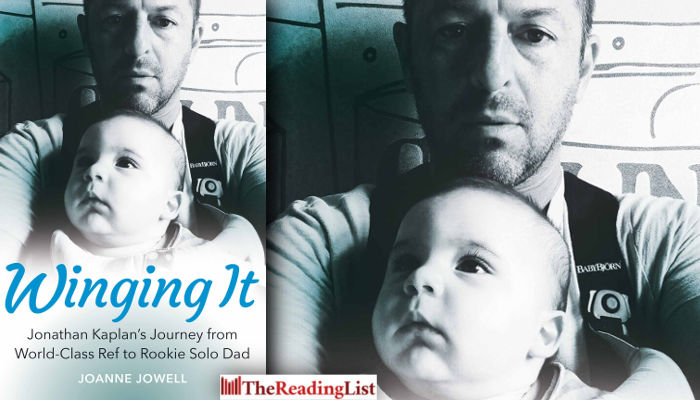 Read an excerpt from Winging It: Jonathan Kaplan’s journey from World-Class Ref to Rookie Solo Dad, by Joanne Jowell.

Kaplan, celebrated international rugby referee and former world record-holder for most Test caps, had his fair share of challenging moments on the field. He was known for his commitment to fair play, ability to defuse tense situations, and courage in making difficult, and sometimes controversial, decisions. All this would stand JK in good stead and come back into play when, at the age of 47, he made two life-changing decisions.

The first was to blow his whistle for the last time and end his career as a professional rugby ref. The second was to become a parent – and a solo parent at that. This is the story of JK’s decision to have a baby by surrogate, the two-year fertility process that followed, and the subsequent birth of his son Kaleb.

Winging It draws on the insights of key role-players in JK’s journey, including the extraordinary experience of the surrogate mother herself. Exchanging rucks for reflux, mauls for milk bottles, scrums for storks (and other stories about Kaleb’s conception), this account of how JK navigates the choppy waters of parenthood is disarmingly frank and scrupulously honest. At times poignant and tender, and at others downright funny, this is a thoroughly contemporary take on what constitutes a family and how we dare to build one.

Read an excerpt, shared by EWN:

Then the doctor points to a thing sticking up. ‘Boy,’ she declares, and types the word on top there. I’m having a boy.

I’ll get back to the boy news, but something I couldn’t get over was the measurement showing that this thing was tall. I pored over that for a long time, wondering how I would deal with a tall son. The doc said he was in something like the 90th percentile. That’s a giant! And I’m hardly tall myself.

She produced some stats – I love a number. I kept stats for 33 years on my rugby games, an Excel spreadsheet that I filled in diligently: who my assessor was, where the game was played, what my score was, how many tries were scored in the game, whether they got a bonus point. Like a flipping madman! So the doc said: ‘He’s in the 90th percentile for height; he’s very long-legged but his body is –’

I laughed. ‘There’s no one in my family with long legs. Nobody tall. My mom is maybe slightly taller than average height but she’s not exactly going to play basketball for South Africa.’

So I learned I was having a tall boy. The best part was that everything was fine and healthy and on track. I was so happy about this – it was one of my life’s dreams taking shape and coming true – I wanted to shout from the rooftops: ‘Finally! I’m nearly 50 and this thing’s happening!’ But there was one big problem. For J [Jonathan’s girlfriend], it was the exact opposite. She was happy for me but not happy for us.