Our Lady of the Nile by Scholastique Mukasonga – a landmark novel about a country divided and a society hurtling towards horror
More about the book! 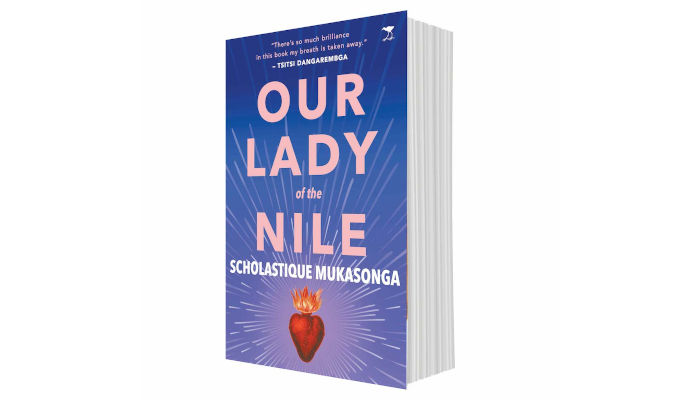 Our Lady of the Nile by Scholastique Mukasonga is out now from Jacana Media.

‘There is so much brilliance in this book, my breath is taken away.’ – Tsitsi Dangarembga

Our Lady of the Nile is a landmark novel about a country divided and a society hurtling towards horror. In gorgeous and devastating prose, Mukasonga captures the dreams, ambitions and prejudices of young women growing up as their country falls apart.

‘There were only two Rwandans on the entire teaching staff of the lycée of Our Lady of the Nile: Sister Lydwine, and the Kinyarwanda teacher, naturally. Sister Lydwine taught History and Geography, but she made a clear distinction between the two subjects: History meant Europe, and Geography, Africa.’

Parents send their daughters to the Our Lady of the Nile boarding school to be moulded into respectable citizens, and to protect them from the dangers of the outside world. The young ladies are expected to learn, eat and live together, presided over by the colonial white nuns.

It is fifteen years prior to the 1994 Rwandan genocide and a quota permits only two Tutsi students for every twenty pupils. As Gloriosa, the school’s Hutu queen bee, mimics her parents’ prejudices, Veronica and Virginia, both Tutsis, are determined to find a place for themselves and their history. In the struggle for power and acceptance, the lycée is transformed into a microcosm of the country’s mounting racial tensions and violence. During the interminable rainy season, everything unfolds behind the school’s closed doors: friendship, curiosity, fear, deceit and persecution.

Order before end March to get free delivery!

Scholastique Mukasonga was born in 1956 in the southwest of Rwanda, by the Rukarara river. In 1959, the first pogroms against the Tutsi shattered the country. In 1960, her family was deported with many other Tutsis to Nyamata in the inhospitable, scrubland province of Bugesera where her family lived in a refugee camp. In 1994, 37 members of her family were killed during the Tutsi genocide. Scholastique has been honoured with the title, Chevalier des Arts et des Lettres by the French government.