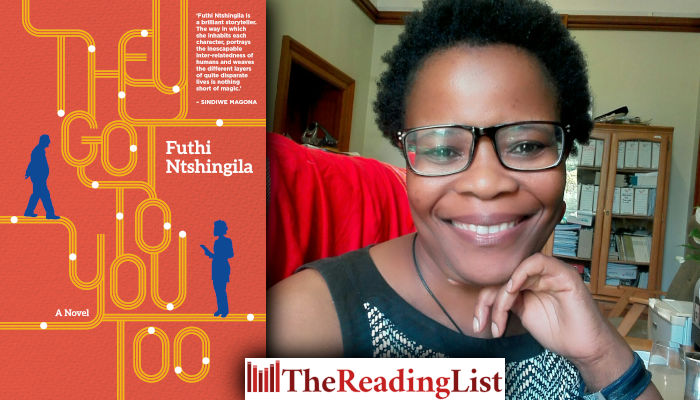 Pan Macmillan SA is proud to be releasing They Got To You Too, a new novel by Futhi Ntshingila.

‘Futhi Ntshingila is a brilliant storyteller. The way in which she inhabits each character, portrays the inescapable inter-relatedness of humans and weaves the different layers of quite disparate lives is nothing short of magic.’ – Sindiwe Magona

They Got to You Too is the deeply humane and thought-provoking story of Hans van Rooyen , a former police general who finds himself being cared for in an old age home by the daughter of liberation struggle activists.

At 80, he carries with him the memories of crimes he committed as an officer under the apartheid government.

Having eluded the public confessions at the TRC for his time in the Border Wars, he retained his position in the democratic South Africa, serving as an institutional memory for a new generation of
police recruits.

Zoe Zondi is tasked to care for the old man. Her gentle and compassionate nature prompts Hans to change his mind about going to the grave with all his secrets. She has her own harrowing life story to tell and, as their unlikely bond deepens, strengthened by the isolation that Covid-19 lockdown brings, they provide a safe space for each other to say the things that would have otherwise been left unsaid.

Futhi Ntshingila is a writer from Pietermaritzburg, this is her third novel. Her previous books are Shameless (2008) and Do Not Go Gentle (2014). Futhi holds a Master’s Degree in Conflict Resolution and currently lives and works in Pretoria.