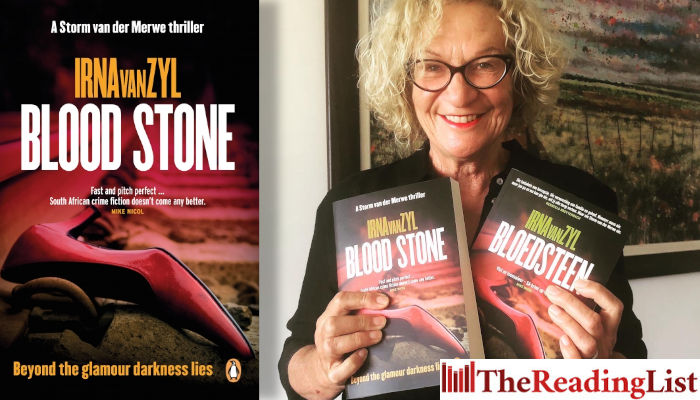 You can also listen to the Bloedsteen audiobook, narrated by beloved Afrikaans actor Chris van Niekerk.

Irna van Zyl is an award-winning journalist, magazine editor and media entrepreneur who now writes full time. She also reviews restaurants for her column ‘The Accidental Foodie’ and is involved in conservation work at Pearly Beach.