If you’re a fan of the Seven Sisters series, here are other books by Lucinda Riley that you’re sure to love 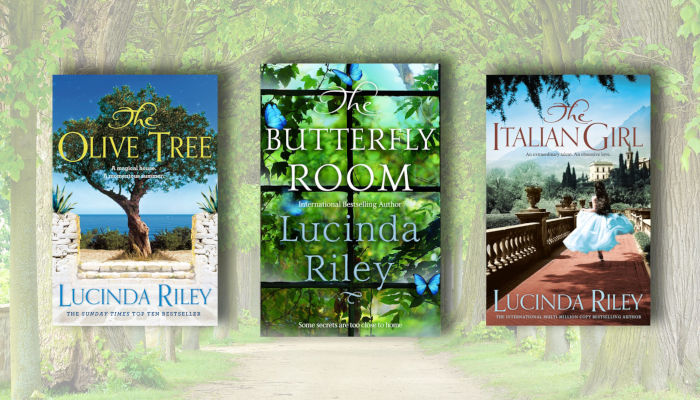 For those who love Lucinda Riley’s international bestselling series, discover her many spellbinding standalone novels, featuring strong female characters and evocative locations – including The Butterfly Room, out in May from Pan Macmillan!

A magical house. A momentous summer.

It has been 24 years since a young Helena spent a magical holiday in Cyprus, where she fell in love for the first time. When the now crumbling house, ‘Pandora’, is left to her by her godfather, she returns to spend the summer there with her family.

Yet, as soon as Helena arrives at Pandora, she knows that its idyllic beauty masks a web of secrets that she has kept from William, her husband, and Alex, her son. At the difficult age of 13, Alex is torn between protecting his beloved mother, and growing up. And equally, desperate to learn the truth about his real father …

When, by chance, Helena meets her childhood sweetheart, a chain of events is set in motion that threatens to make her past and present collide. Both Helena and Alex know that life will never be the same, once Pandora’s secrets have been revealed …

Full of her trademark mix of unforgettable characters and heart-breaking secrets, The Butterfly Room is a spellbinding, multi-generational story.

Posy Montague is approaching her 70th birthday. Still living in her beautiful family home, Admiral House, set in the glorious Suffolk countryside where she spent her own idyllic childhood catching butterflies with her beloved father, and raised her own children, Posy knows she must make an agonising decision. Despite the memories the house holds, and the exquisite garden she has spent 25 years creating, the house is crumbling around her, and Posy knows the time has come to sell it.

Then a face appears from the past – Freddie, her first love, who abandoned her and left her heartbroken 50 years ago. Already struggling to cope with her son Sam’s inept business dealings, and the sudden reappearance of her younger son Nick after 10 years in Australia, Posy is reluctant to trust in Freddie’s renewed affection. And unbeknown to Posy, Freddie – and Admiral House – have a devastating secret to reveal …

Nothing sings as sweetly as love, or burns quite like betrayal.

Rosanna Menici is just a girl when she meets Roberto Rossini, the man who will change her life. In the years to come, their destinies are bound together by their extraordinary talents as opera singers and by their enduring but obsessive love for each other – a love that will ultimately affect the lives of all those closest to them. For, as Rosanna slowly discovers, their union is haunted by irreversible events from the past …

Rosanna’s journey takes her from humble beginnings in the back streets of Naples to the glittering stages of the world’s most prestigious opera houses. Set against a memorable backdrop of Lucinda Riley’s trademark evocative locations, The Italian Girl unfolds into a poignant and unforgettable tale of love, betrayal and self-discovery.