Genesis – a medical mystery thriller from the master of the genre, Robin Cook
More about the book! 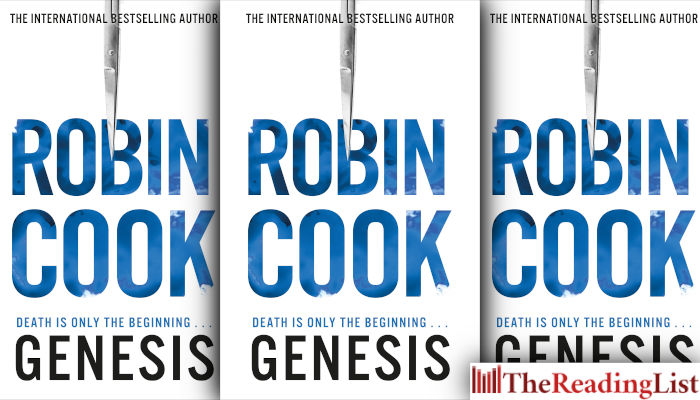 Bestselling author Robin Cook takes on the ripped-from-the-headlines topic of using DNA tracking to catch a killer in Genesis, an unforgettable medical thriller.

With no clues to go on, Laurie enlists the help of Dr Tricia Albanese, a forensic pathology resident with a background in genetic science, to help her trace the identity of the unborn baby’s father using DNA from the mother and child.

But when Tricia is found dead in her apartment in a manner strikingly similar to Gloria’s death, Laurie realizes she might have two linked homicides on her hands … and now it’s up to her – with the help of her husband, forensic pathologist Jack Stapleton – to continue the tracking work Tricia had begun before a killer can strike again.

‘Forensic pathologists and doctors-turned-detectives do battle against epidemics, lethal illness and drug-related deaths, the causes of which are far from natural … You’ll find yourself completely hooked.’ – Daily Mail

‘Likeable heroes, a compelling medical mystery and growing suspense – the result is a highly entertaining read. Commercial fiction, at its best, is pure entertainment. But Cook, like Michael Crichton, offers readers a smart dissection of contemporary issues that affect us all.’ – USA Today

‘Robin Cook virtually invented the medical thriller in the 1970s with Coma.’ – Guardian

Doctor and author Robin Cook is widely credited with introducing the word ‘medical’ to the thriller genre and, decades after the publication of his 1977 breakthrough novel, Coma, he continues to
dominate the category he created. Cook has successfully combined medical fact with fiction to produce more than thirty international bestsellers, including Outbreak, Terminal and Contagion.