Find out more about The Heart of the Matter – showcasing some of Africa’s most talented writers and encapsulating the struggle of the African LGBTQI+ community
More about the book! 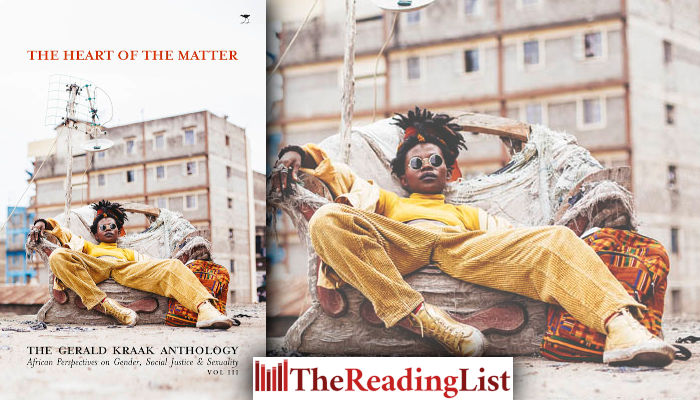 The third volume of The Gerald Kraak Anthology, The Heart of the Matter, is out now from Jacana Media.

The Heart of the Matter is a collection of the 21 shortlisted entries from the Gerald Kraak Prize, which honours African writing and photography that ‘provokes thought on the topics of gender, social justice and sexuality’.

OluTimehin Adegbeye won the R25,000 prize, and her winning essay, ‘Mothers and Men’, truly captures the essence of the African LGBTQI+ community. Commendations were also made to Chisom Okafor for his poem ‘On My Coming Out’, and to Chukwuebuka Ibeh for his short story ‘The Sickness of Longing’.

The unique prize calls for multilayered, stirring African voices that represent a new wave of fresh storytelling, one that provokes thought on the topics of gender, social justice and sexuality. The collection as a whole is made up of provocative works of fiction, poetry and non-fiction, and showcases some of Africa’s most talented writers. The Heart of the Matter encapsulates the current struggle of the African LGBTQI+ community; same-sex relationships are still illegal in many countries, most of them in Africa. The anthology also coincided with some of the victories of the community; Botswana’s High Court recently overturned a colonial-era law criminalising consensual same-sex relations.

The second of the Gerald Kraak Anthologies, As You Like It, received the 2019 Lambda Literary Award for LGBTQ Anthology Fiction at a ceremony in New York. A testament to the brave storytellers of Africa, and the impact they have.

The Gerald Kraak Anthology and Prize are made possible by the Jacana Literary Foundation and the Other Foundation.