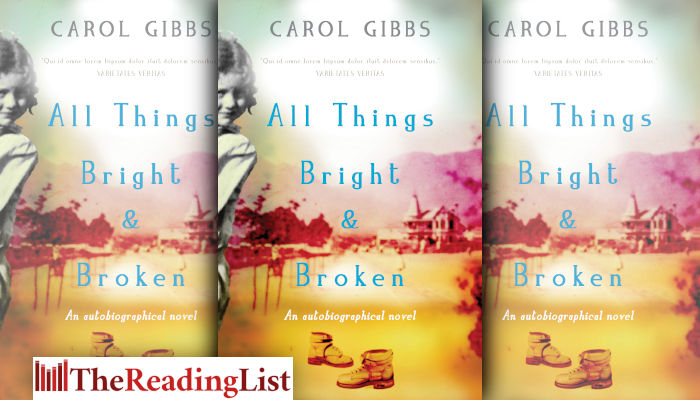 Meet Colleen, the third-born child of parents who share a chaotic relationship. Set against the backdrop of Cape Town in the 1940s – a time of innocence, social graces, the Queen’s visit and sports heroes – this is Colleen’s journey, seen through her eyes and told in her voice. It is a time of religious fervour, baptisms, conversions and Sunday school picnics. Apartheid can’t be escaped and is experienced by the children, who are bemused and confused by the flawed and unjust system.

The pages are crowded by a host of odd characters, at once lovable, eccentric and troubled. There’s Aunty Bubbles who teaches the children to jitterbug and Uncle Nicholas who speaks the Queen’s English and plays a trumpet in the Royal Navy Band. There’s Aunty Beryl, who carries a Chihuahua around in her handbag, and a midwife and home-undertaker named Two-Coffee-One-Milk.

But not all is rosy in this richly peopled world, and our hearts tear a little as we see the abuse unfold and inflict its damage on this little girl. There is a human thread recognisable to anyone who has ever been in a co-dependent relationship, been abused, grown up poor or had an alcoholic father, which gives this book universal appeal. The text is rich in imagery and vivid detail.

Sharp, insightful, and abundant in measured humour, it will resonate with many.

‘Like a rediscovered box of haberdashery remnants – ribbon shreds and lace. Frayed cotton, stretched elastic – the nostalgia here evokes a conflicting assortment of emotions. Tender, touching and troubling all at the same time. A poignant reminder of the impact of parenting on a person’s psyche – for better and for worse.’ – Nancy Richards