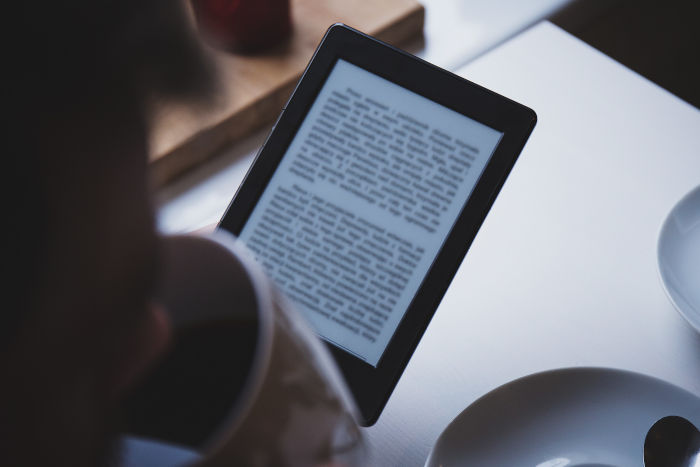 Pan Macmillan has shared a list of newly published South African ebooks to see you through the shutdown period.

In light of the coronavirus pandemic, South African publishers have postponed or cancelled all book launch events, and all physical bookshops have had to close their doors during the shutdown.

The book industry will need our support more than ever during this time, and what better to relief your stress and boredom than a good book? 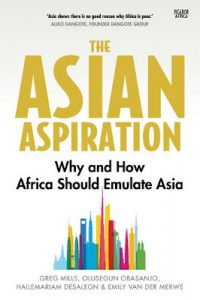 The Asian Aspiration: Why and How Africa Should Emulate Asia

In 1960, the GDP per capita of Southeast Asian countries was nearly half of that of Africa. By 1986, the gap had closed and today the trend is reversed, with more than half of the world’s poorest now living in sub-Saharan Africa.

Why has Asia developed while Africa lagged? The Asian Aspiration chronicles the stories of explosive growth and changing fortunes: the leaders, events and policy choices that lifted a billion people out of abject poverty within a single generation, the largest such shift in human history.

The relevance of Asia’s example comes as Africa is facing a population boom, which can either lead to crisis or prosperity; and as Asia is again transforming, this time out of low-cost manufacturing into hi-tech, leaving a void that is Africa’s for the taking. Far from the determinism of ‘Africa Rising’, this book calls for unprecedented pragmatism in the pursuit of African success. 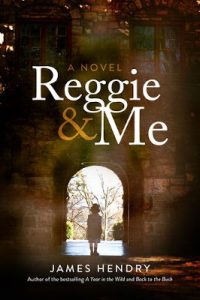 A time of turbulence as the struggle against apartheid reaches its zenith, pushing South Africa to the brink. But for a one small boy in the leafy northern suburbs of Johannesburg … his beloved housekeeper is serving fish fingers for lunch.

This is the tale of Hamish Charles Sutherland Fraser – chorister, horse rider, schoolboy actor and, in his dreams, 1st XV rugby star and young ladies’ delight. A boy who climbs trees in the spring and who loves a girl named Reggie. 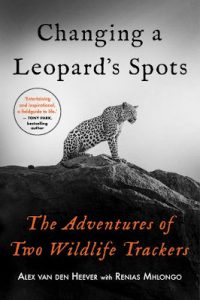 Changing A Leopard’s Spots: The Adventures of Two Wildlife Trackers

In Changing a Leopard’s Spots, Alex shares stories from his life with Renias, including the successes, failures, dramas, laughter, disappointments and highlights. As they experience numerous adventures, Alex and Renias learn to trust and rely on one another – both in order to stay alive, in a literal sense because of the sometimes dangerous environments in which they work, but also to develop a deep and meaningful relationship.

By challenging each other and learning from one another they break down social, cultural, racial and personal boundaries and obstacles that often divide South Africans; and in the process, the two men forge an unbreakable bond. 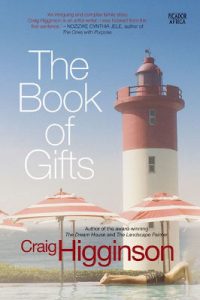 The Book of Gifts

At eleven years old, Julian Flint prefers to remain invisible, safe inside the architecture of adults provided by his mother, his uncle and his aunt.But when his mother, Emma, a celebrated sculptor, takes them all on a family holiday to a hotel by the sea, he meets the captivating and irreverent Clare and everything he thought he knew begins to shift – setting off a chain of events that will determine each of their fates.

From the author of The Dream House and The White Room comes Craig Higginson’s most gripping and nuanced novel to date. Moving from the lush beaches of uMhlanga Rocks to the stark midwinter wastes of Johannesburg and the rich and strange coral reefs of Mauritius, this masterfully plotted novel explores the fault lines between loyalty and betrayal, innocence and accountability, blindness and perception, entrapment and flight. The Book of Gifts dives into the deepest and most hazardous reaches of human consciousness in order to catch the brightest fish. 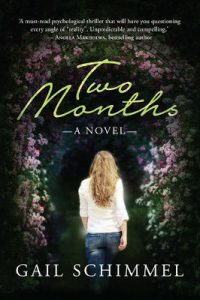 ‘From the moment you start reading Two Months until the unpredictable end, this is a story that grips and won’t let go.’ – Beryl Eichenberger, Fine Music Radio

From the bestselling author of The Park and The Accident comes a new domestic thriller that will keep you turning the pages until the very end.

When Erica wakes up to discover that she can’t remember two months of her life, she wants to know what she’s missed. She soon realises that she’s lost more than two months. She’s lost her job and her friends. And her husband won’t tell her why.

As Erica starts to put together the clues and pieces, a picture emerges of what has happened.

A picture that is fatally flawed. 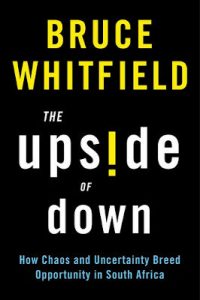 The Upside of Down: How Chaos and Uncertainty Breed Opportunity in South Africa

Next time you go to a conference or hire a consultant to be told, ‘We live in a VUCA [Volatile, Uncertain, Complex and Ambiguous] world,’ leave the room. You are wasting your time.

In a world of fake news, deep-fakes, manipulated feeds of information and divisive social-media agendas, it’s easy to believe that our time is the most challenging in human history. It’s just not true.

It is a time of extraordinary opportunity. But only if you have the right mindset. Fear of the future breeds inaction and leads to strategic paralysis. We put off decisions until we can have certainty. We look for signals. We wait. And while we do that, the world moves on around us.

Problem-solvers thrive in chaotic and uncertain times because they act to change their future. Winners recognise that in a world of growing uncertainty, you need to resort to actions on things you can control.

And the only things over which you have absolute control are your attitude and your mindset. These, in turn, determine the actions you will take and that will define your future.

A robust mindset is the one common characteristic Bruce Whitfield has identified in two decades of interrogating how South Africa’s billionaires and start-up mavericks think differently. They are not naive Pollyannas. They don’t ignore risk or hope that problems will go away. They constantly measure, manage, consider and weigh up opportunities in a tumultuous sea of uncertainty and find ways around obstacles.

If, as Nobel Prize-winning economist Robert Shiller suggests, the stories we tell affect economic outcomes, then we need to tell different stories amidst the noise and haste of a rapidly evolving world. 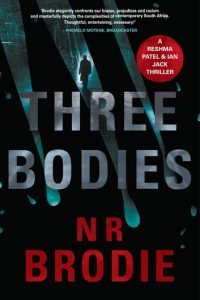 The first body was found in the Hartbeespoort Dam. An unidentified woman, presumably drowned, washed up on the banks of an exclusive golf estate. Next came the discovery of a grisly crime scene deep underground in Johannesburg, somehow connected to a second woman found dead in the Jukskei River where it ran through Alexandra.

When the body of a third woman is pulled out of the Vaal River, south of Joburg, Captain Reshma Patel starts to wonder if a serial killer is at work – or if the mutilated corpses have anything to do with the spate of cash-in-transit heists she’s busy investigating.

When a fourth woman goes missing Reshma and her partner, former police officer Ian Jack, have to figure out who is behind the killings – and to stop them, before they can strike again. 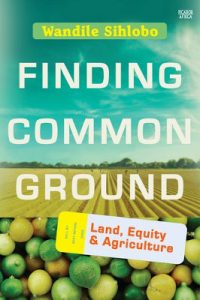 ‘My hope is that people can grow to appreciate this sector – its challenges and opportunities, but most importantly, the role agriculture can play in improving South Africa’s rural economy, creating jobs and bringing about much-needed transformation (or inclusive growth).’

Wandile Sihlobo is perfectly positioned to provide a well-rounded, accessible view of agriculture in South Africa. He spent his school holidays in the rural Eastern Cape, studied agricultural economics at university, has worked in private-sector agriculture, consulting with farmers across the country, and has been an adviser to government as part of South African policymaking bodies.

Finding Common Ground is a selection of key articles from Sihlobo’s regular Business Day column, framed with insightful commentary and context. The book covers the broad themes that have marked current discussions and outlines the challenges and opportunities faced by South Africa’s agricultural sector.

Ultimately, Sihlobo is optimistic about the future of South Africa’s agricultural sector and shows us all – from policymakers to the general public – how much common ground we truly have. 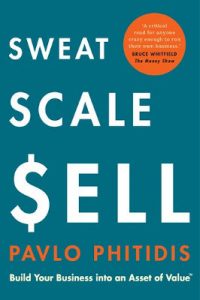 Sweat, Scale, Sell: Build Your Business into an Asset of Value

An astonishing 94.6% of businesses fail to sell. They close at an enormous cost to the owner, their family, their staff and the economy. Most business owners realise too late that there are only two destinations for any business: a sale or closure. You’ve got to build to Sell.

With Pavlo Phitidis, they Sweated to reshape their business to be relevant to a changing world; they built a solid foundation for Scale; and then they pressed hard to ramp up growth in preparation for Sale to create a business any buyer would want.

Pavlo draws on 25 years of direct experience in conceptualising and building businesses across four continents. Having started, built and sold 12 businesses generating in excess of $300m, he founded the Asset of Value method, a practical approach to build a winning business.

As co-founder of Aurik, he has worked with over 2 000 established businesses across most sectors in the economy, from family businesses to partnerships to sole business owners.

Sweat, Scale, Sell is audaciously optimistic as it shows every business owner and entrepreneur where to find growth in a no-growth economy, make an impact and secure big returns.