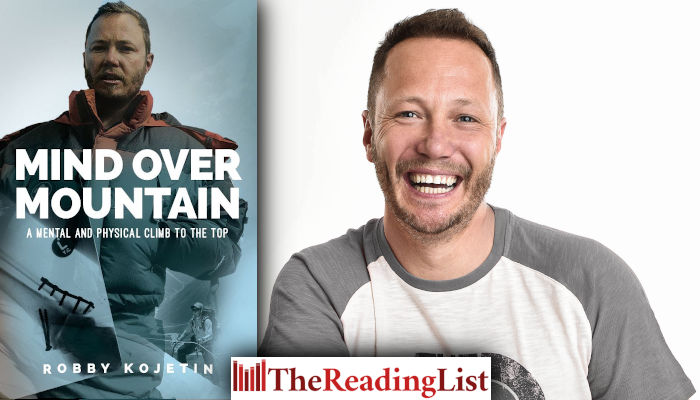 Mind Over Mountain: A Mental and Physical Climb to the Top by Robby Kojetin is out now from Jonathan Ball Publishers.

A simple mistake at an indoor climbing gym sentenced 28-year-old Robby to a year in a wheelchair, shattering his aspirations of becoming a mountaineer.

In the months that followed, Robby faced depression, anxiety, suicidal thoughts and a complete loss of his sense of identity.

But from somewhere deep inside him, he summoned up the strength to keep going even when all seemed lost; he embarked on a monumental journey, a feat of mental and physical strength. His weakness became his power.

This story is more than a biography or an account of a mountaineering expedition, it showcases the human spirit and shows us all how it is possible to rewrite the definition of what is possible. From those dark days, Robby has become the embodiment of perseverance and possibility, overcoming the odds to join the handful of people who have summited Mount Everest.

Robby and his team are planning an exciting and gruelling expedition to K2, which peaks at 8611m. Though it is second in height to Mount Everest, it proves a much more physically and technically demanding venture as it experiences colder and fiercer weather patterns than Mount Everest. Robby and team will be attempting to be the first to place the South African flag on the summit.

Robby Kojetin lives in Johannesburg, South Africa and is a high-altitude adventurer. Since his accident in 2006, which resulted in him breaking both of his ankles, he has gone on to become one of only a handful of people to have stood on top of the world’s highest mountain, Mount Everest. He has also climbed Kilimanjaro nine times, completed the Ironman triathlon, and scaled five of the Seven Summits.

Known as an inspirational and engaging speaker on stage, he presents on the topics of failure, self-doubt and persisting against all odds, in the hope of inspiring people of all ages and backgrounds facing the daunting mountains and obstacles in their lives. Robby is a proud husband and father.

A published author, business owner, having visited 34 countries, climbed 5 of the Seven Summits including Mount Everest and 10 summits of Kilimanjaro, set foot on six of the seven continents, swum in the Amazon, descended the deepest mine on Earth, the Ironman finish line … and still nowhere near done!