The cover for the United Kingdom edition of Masande Ntshanga’s debut novel The Reactive has been revealed!

Jacaranda Books acquired the rights to publish Ntshanga’s acclaimed novel in the UK and across the Commonwealth in 2016, and a publication date of September this year has been set.

An American edition of the novel was published in 2016 by Two Dollar Radio – also with a killer cover – and German translation rights have also been sold.

Have a look at the cover – it’s bold: 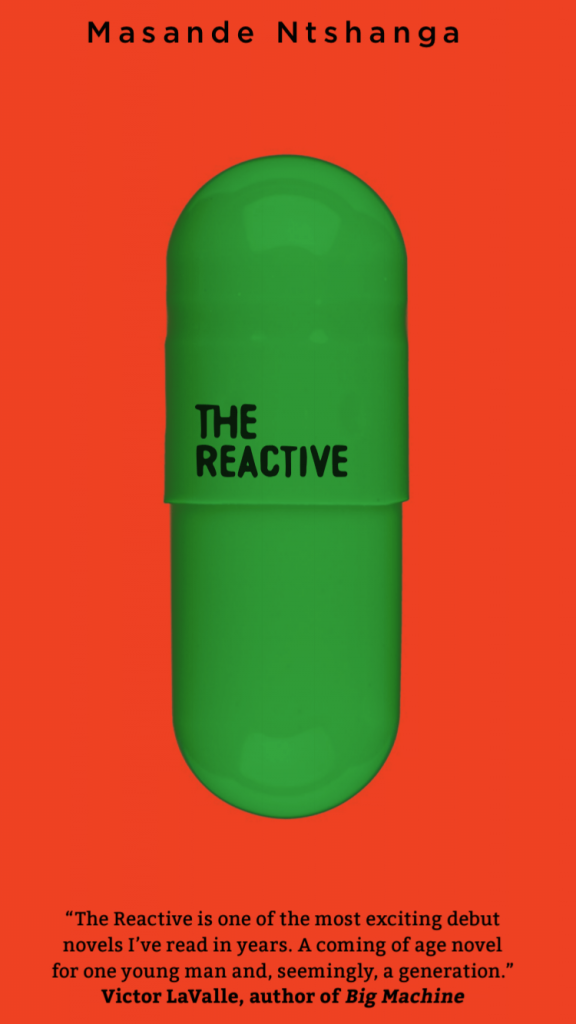 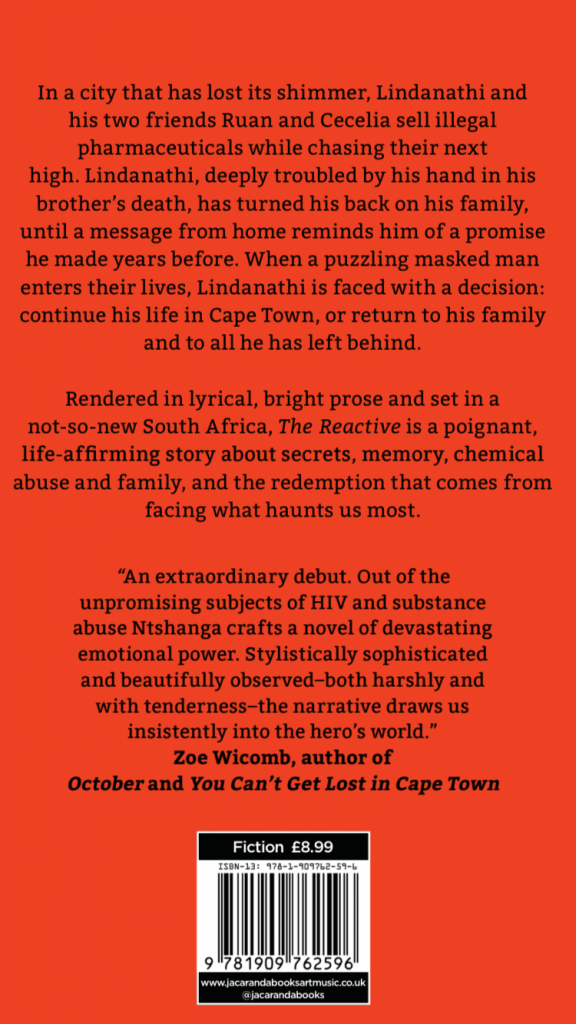