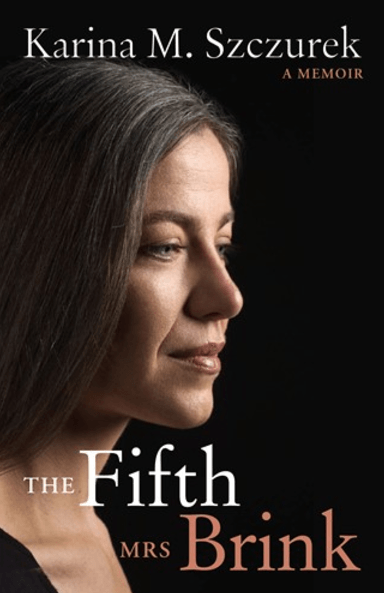 Ingrid Winterbach spoke to Karina M Szczurek at the Woordfees literary festival recently about her life with one of South Africa’s most celebrated novelists, André Brink, and her memoir, The Fifth Mrs Brink, forthcoming from Jonathan Ball Publishers.

When Szczurek and Brink married, she was 29 and he 71. They shared 10 years of married life, never being apart, before he passed away on an aeroplane in 2015.

Szczurek spoke about living with her husband’s literary fame, how they used to read and criticise each others’ work, and the financial difficulties Brink experienced towards the end of his career.

“I remember how absolutely bizarre it was,” she said, “the first time I visited South Africa for a longer period of time, that Die Burger actually got a photographer, a paparazzi – a real paparazzi – to follow us around town, and then, on the third page of Die Burger, my claim to fame, appeared a photograph of us shopping in Long Street. And André opened the newspaper that morning and showed it to me and I thought, you’ve got to be kidding. That is news?

“In one sense it was a shock, and weird, but then André also managed extremely well to have a real private life, and that is where 99 per cent of our life happened. Away from the limelight.

“I understand the curiosity completely. It is an unusual relationship. Especially because of the age gap, it’s huge. I could have been André’s grandchild. But what made it so much easier what that anybody who encountered us as a couple within minutes realised that there was nothing unusual about it after all, that there were just two people being happy together. So we very fortunate that way.”

Szczurek also spoke about how she and Brink used to maintain honestly while critiquing each others’ work.

“Whenever he praised my work, I felt very skeptical. I thought, ‘Hmm … no. You are just in love.’ But then one day, about a year into our relationship, I presented him with a story that I wanted to submit to a competition, and he read it, and I returned for my verdict, and he said: ‘This is absolute nonsense. Go and rewrite it.’

“I thought, ‘Oh, okay, so you can actually tell me the truth about my writing! All the other stuff you were telling me was also true! Oh, okay, then it’s fine.’ And then I relaxed. Once I got the bad review I relaxed.

“And the wonderful thing about André was that he allowed me to be brutal with his own work as well, which was very special. I was ruthless. And it’s a hard thing to balance, because I also write a lot of reviews and literary criticism, and I understand that if you really want to be kind to your friends, you have to be honest with them. If you think you can help them not to fail, then you need to tell them.

“With André specifically, when I thought there was something that I could contribute, I did. And the wonderful thing about him is sometimes he said, ‘Oh, you are right’ and sometimes he said, ‘Nope. I’m keeping it the way it is.’ So it was a give and take that was mutually beneficial.”

Winterbach also asked Szczurek about Brink’s financial difficulties, and how the public was under the impression he was extremely wealthy.

“He would have been incredibly wealthy if he hadn’t been as generous as he was. And I don’t think he would have wanted to exchange the one for the other. He was extremely hard working and he earned a lot of money – there is no doubt about that. His work continues to earn a lot of money. But he was also very generous and he lived his life fully. He was not one of those who squirrel away his money for that dark night that never came. So that was a huge misconception.”

Listen to the full podcast here: