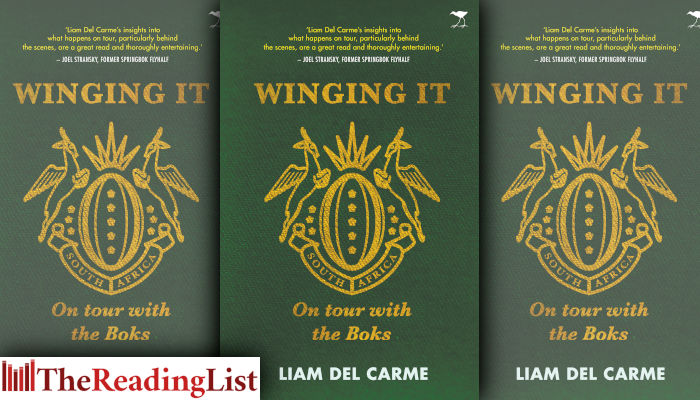 Winging It: On Tour With the Boks by Liam Del Carme is out now from Jacana Media!

Winging It is an insider’s view of life on tour from one of South Africa’s most enduring sports writers, Liam Del Carme, while he follows the much-cherished national rugby team, the Springboks.

Crafted in his signature flair-for-detail and humorous writing style, veteran sports journalist Del Carme takes rugby fans and Springbok supporters on the ride of a lifetime in this behind-the-scenes account.

With more than 25 years’ experience as an insightful sports writer, Del Carme has travelled to six of the seven continents as part of the press corps who follow and write about the national rugby team in all its iterations at international level. His anecdotes will have you wide-eyed with wonderment and chuckling appreciatively at his talent for telling a funny story.

Del Carme takes the reader across continents and time zones as he shares the helter-skelter atmosphere of meeting looming writing deadlines while finding ways to maintain his sanity. The book explores the ebb and flow of touring with one of rugby’s iconic teams since 1996, including three Rugby World Cups, various Tri-Nations and Rugby Championships, as well as end-of-year tours, in destinations all over the world.

He explores the characters, destinations and his travel companions while sharing his highs and lows of covering great rugby moments.