Uncomfortable Conversations with a Black Man – an urgent primer on race and racism by Emmanuel Acho, host of the viral hit video series
More about the book! 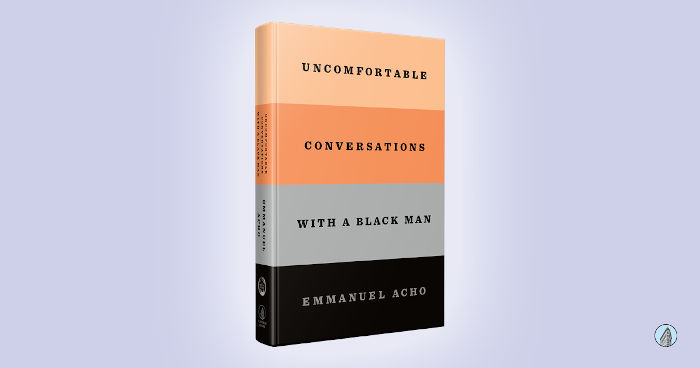 In Uncomfortable Conversations with a Black Man, Emmanuel Acho creates a dialogue that is honest, straightforward and accessible to those seeking answers – a conversation that needs to happen to mend the racial divide in our world.

Former NFL linebacker Acho started an online series to give white people a non-judgmental space to ask questions about race and racism. He created Uncomfortable Conversations with a Black Man as an educational tool at a time when the racial divide between white and Black Americans is at a peak.

Out in November from Pan Macmillan SA.

‘You cannot fix a problem you do not know you have.’

So begins Acho in his essential guide to the truths Americans need to know to address the systemic racism that has recently electrified protests in all fifty states.

‘There is a fix,’ Acho says. ‘But in order to access it, we’re going to have to have some uncomfortable conversations.’

In Uncomfortable Conversations With a Black Man, Acho takes on all the questions, large and small, insensitive and taboo, many white people are afraid to ask – yet which everyone needs the answers to, now more than ever.

With the same open-hearted generosity that has made his video series a phenomenon, Acho explains the vital core of such fraught concepts as white privilege, cultural appropriation, and ‘reverse racism’.

In his own words, he provides a space of compassion and understanding in a discussion that can lack both. He asks only for the reader’s curiosity – but along the way, he will galvanise all of us to join the antiracist fight.