‘People learn us through our language’ – Pearls of wisdom from panel on decolonising South African editing
More about the book! 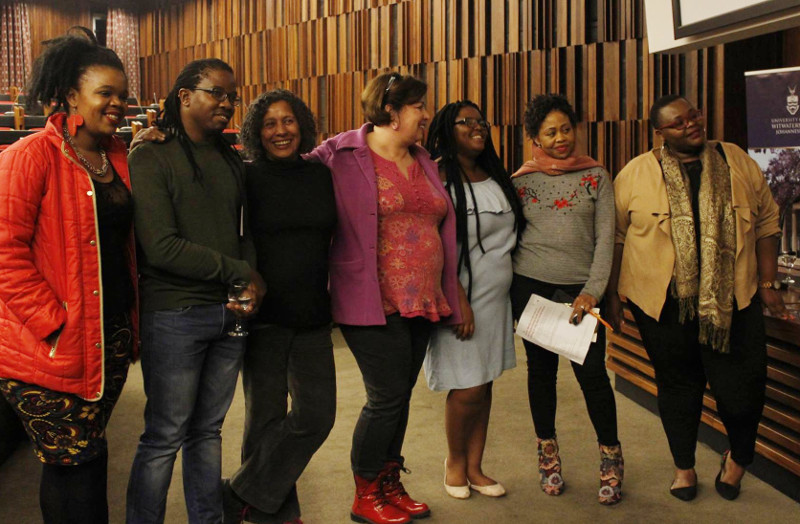 The full event is available to watch in full below, and we can’t recommend doing so enough; however some of the main points are summarised below:

Mokae, who writes in in English and Setswana, said he believes African languages can express anything English can, but addressed the issue of problematic, sometimes patriarchal, proverbs and idioms:

‘There’s a constant battle with the concepts in the language itself and a challenge to writers right now – woke writers – to do something about it. Because most of the people who are writing in African languages are old, and who taught these people?

Rossouw, whose novel What Will People Say? was shortlisted for the 2015 Etisalat Prize for Literature, said watching The Wire gave her the courage to write her book in ‘her English’.

‘Because some of my characters don’t translate easily. I’ve got a gangster character, and if I had to write him in Wits master’s language, you know, he would stop suddenly on the street and say ‘Do you mind if I have sexual intercourse with your daughter?’

‘A writer’s job is to take a story about somebody or some people and to show others and say, would you like to learn about us? And they have to learn about us in the way that we are. So when I come across a Zulu word or a Setswana word in a book, I’m going to go and find out, if the author has persuaded me that these people are important enough to learn about.’

Mokae explained why he writes in Setswana, saying it wasn’t easy at first:

‘It comes to the reason why I’m writing. I write in Setswana because I’m fascinated by the language. A language is a way of knowing. It’s a way of explaining life, of seeing the world.

‘If I was concerned about the market a lot, I would have decided to stick with English. But one day I woke up with this madness in me: write in Setswana.

‘It wasn’t easy because I had been doing everything in English. I had to learn afresh. Get this thing in my blood again. But after a week or so of writing in Setswana, that for me was a taste of freedom. At that moment, I knew how my writer friends to whom English is first language feel when they write and don’t have the burden of translating their stories from another language to another when it gets to paper. It was like a loss of virginity. And I kept on doing it. It felt really good.’

Sephodi, whose first book Miss Behave was recently released by Jacana Media, said she battled with writing about everyday things:

‘For me, I’d like to get to a point where we are allowed to write – and I say allow because so much of what we do is a form of activism in terms of our writing – anything and everything, and especially re-imagining the type of trope that we create when we write about the black woman.

‘Take Cynthia Jele’s book for example, Happiness is a Four-letter Word, she wrote black women in a different light and you got people saying, ‘but this is not African literature’, because African literature must include this black woman abused or with a certain story that comes with it.

‘So should art be for art’s sake? I’m at a point where I say ‘no’. Unfortunately art is not for art’s sake. We do carry that responsibility, especially if your voice has been marginalised and erased.’

Busani-Dube, a successful self-published author who writes in English, said:

‘The only way we can decolonise literature is if we write in our own languages. We cannot decolonise English. But because we are in a situation where we are forced to speak and communicate in English, we can use it the way we want to, the way that the people we are talking to can understand it.

‘But I think if I had to explain the things that happen in my books in Zulu I think they would sound better than they do in English.’

Moffett said South Africans should be able to tell their stories through traditional publishing houses, praising Thabiso Mahlape of BlackBird Books – an imprint of Jacana – and Colleen Higgs of Modjaji Books:

‘The notion that you have this disconnect, and we’ve always had it, it’s very much part of a colonial model, especially the Anglophone colonial model, that books are like vitamens and cold showers, they are worthy objects that are good for you and must be suffered and endured, and we must all read literary fiction even if it bores us to death. No.

‘You know how many writers say to me, “I’ve written this wonderful book and I want to send it to a publisher, but I’m so worried about what they’ll say about my grammar.” People do you know how easy grammar is to fix?

‘Nobody but nobody else can tell your stories. That’s what important.’

View images from the event here: