Join David Dison for the launch of his new novel The Good Nigerian at Emoyeni in Joburg (28 Oct)
More about the book! 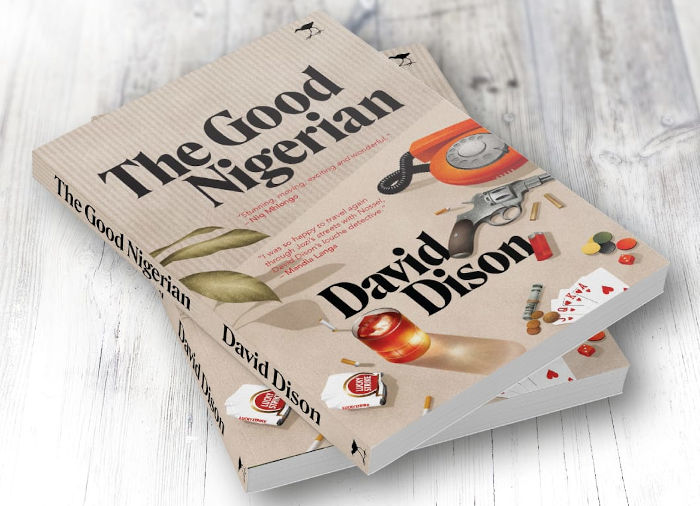 It’s time to meet in person again, and Jacana Media invites you all to the book launch of The Good Nigerian by David Dison!

From the author of Death in the New Republic comes another thrilling crime story featuring hard-bitten Johannesburg detective Jerome Nossel.

‘I was so happy to travel again through Jozi’s streets with Nossel, David Dison’s louche detective.’ – Mandla Langa

A distress call from Nossel’s old friend, Alex, breaks into the detective’s lazy Sunday afternoon. He is propelled into the glamour and sleaze of the city’s underworld by a kidnap and a demand for an exotic ransom. Accompanied by Alex’s captivating Nigerian wife Ngozi, they scour the fleshpots of Johannesburg, from its mega-rich northern suburbs to its sordid core in the dark city. They are pursued by the crazed steroidal enforcer who answers to only one man – Yuri Kramerov, the pimpmeister of Doornfontein.

With time running out, and in their desperate quest to recover the ransom, encounters, characters and places create a Chandler-esque story, with Johannesburg as the main attraction.

It's time to meet in person again, and you're all invited to the book launch of 'The Good Nigerian' by David Dison

David Dison is best known as a specialist defamation and media lawyer. A founder of the Weekly Mail, he fought numerous anti-censorship cases. Throughout the 1980s he represented hundreds of detainees and trialists, most prominently in the Delmas Treason trial. He co-wrote the leading manual for journalists operating under the censorship imposed by the aartheid state. He was part of the team at Codesa that set up the new media legal system for broadcasting in post-apartheid SA. He was the founder and deputy chairperson of African Media Entertainment, a media holding company listed on the JSE. He is the author of numerous papers and articles on media and civil rights law. Currently he holds the position of MD of Media and Broadcasting Consultants (Pty) Ltd. He is happily married and has two children. He has lived in Johannesburg all his life. His first novel, Death in the New Republic, was launched successfully by Jacana Media in 2008. It has received wide critical acclaim (from, among others, Rehana Roussouw in The Weekender and Maureen Isaacson in the Sunday Independent).