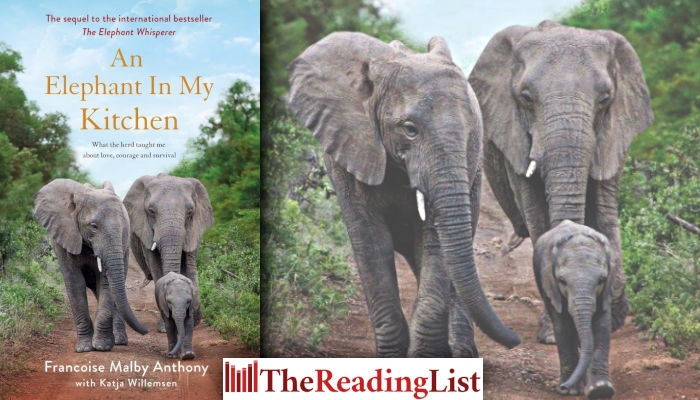 Pan Macmillan is proud to be publishing An Elephant in My Kitchen, by Françoise Malby-Anthony and Katja Willemsen, the powerful sequel to the bestselling memoir The Elephant Whisperer by Lawrence Anthony.

A chic Parisienne, Françoise never expected to find herself living on a South African game reserve. But when she fell in love with renowned conservationist Lawrence Anthony her life took an unexpected turn.

Lawrence died in 2012 and Françoise was left to face the tough reality of running Thula Thula without him, even though she knew very little about conservation. She was short on money, poachers were threatening their rhinos, and one of their elephants was charging Land Rovers on game drives and terrifying guests. There was no time to mourn when Thula Thula’s human and animal family were depending on her.

How Françoise survived and Thula Thula thrived is beautifully described in this charming, funny and poignant book. Their elephant herd, rescued by Lawrence, shared Françoise’s grief at his passing but over time forged a new relationship with her.

Meanwhile Françoise fulfilled her dream of building a rescue centre for orphaned rhinos and other wildlife.

In Françoise’s words: ‘As I celebrate 30 years in South Africa, I have learned never to give up, to hold on to my dreams, always to search for a silver lining, and that by looking forward, the difficulties of the past eventually fade out of sight.’

This book is funny and insightful, full of wonderful characters, both human and animal. It is co-authored by Katja Willemsen who has written several fiction titles previously. This is her first work of non-fiction.

An Elephant In My Kitchen will be released in South Africa in August.