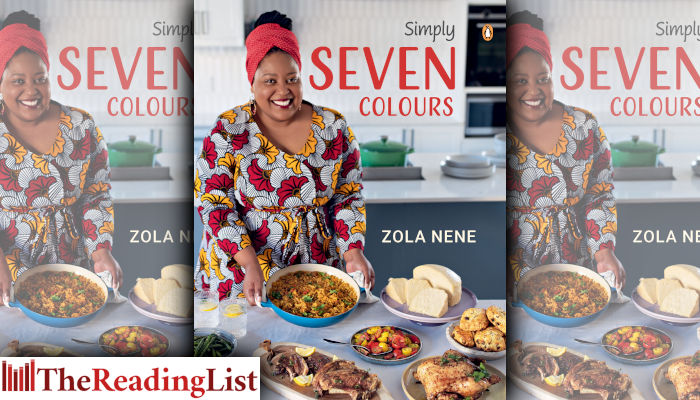 Zola Nene is back with a third book, this time celebrating the diverse cultural heritage of South Africans through the wonderful tradition of sharing meals!

Simply Seven Colours will be out on 3 September 2022 from Penguin Random House SA.

In Simply Seven Colours, Zola gives praise to the uniquely South African seven-colour (or several-colour) concept with a selection of more simply delicious recipes that tap into the heart of our food nostalgia, with a focus on going back to basics.

The idea of Simply Seven Colours is for you to create your own unique seven-colour menu, by picking recipes from different chapters or ‘colours’.

From green, yellow, orange, brown, white, red, a rainbow of colours and, of course, desserts to round off your seven-colour meal, this book is sure to bring you more simply delicious joy.

Zola Nene is currently the resident chef on Expresso Morning Show on television’s SABC 3 channel. During a two-year stint in the UK, she worked as a commis entremetier, chef de partie and patissier in a brasserie in Cheshire. She returned to South Africa and enrolled at the Institute of Culinary Arts in Stellenbosch where she worked with chefs such as Margot Janse of LQF and Chris Erasmus of Pierneef at la Motte. After graduating she was appointed catering manager for a large catering company in Johannesburg. Around this time Expresso was conceptualised and she was offered the job of foodstylist for the show. She returned to Cape Town to start working on the show in October 2010 and has been there ever since.