Jürgen Schadeberg’s memoir The Way I See It: A Key Figure in South African Photography
More about the book! 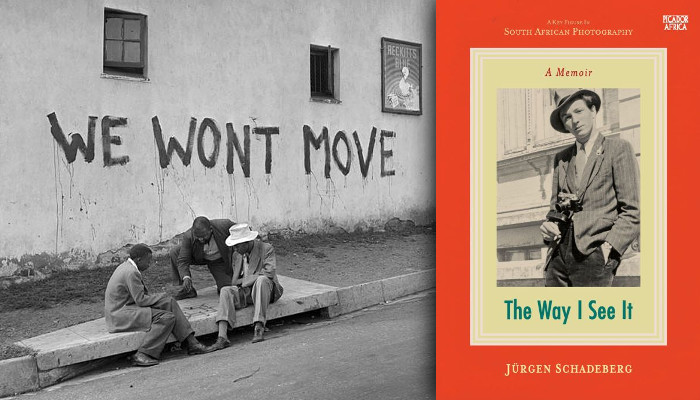 Many of the photographs are as familiar as they are iconic: Nelson Mandela gazing through the bars of his prison cell on Robben Island; a young Miriam Makeba smiling and dancing; Hugh Masekela as a schoolboy receiving the gift of a trumpet from Louis Armstrong; Henry ‘Mr Drum’ Nxumalo; the Women’s March of 1955; the Sophiatown removals; the funeral of the Sharpeville massacre victims …

Photographer Jürgen Schadeberg was the man behind the camera, recording history as it unfolded in apartheid South Africa, but his personal story is no less extraordinary. His affiliation for the displaced, the persecuted and the marginalised was already deeply rooted by the time he came to South Africa from Germany in 1950 and began taking pictures for the fledgling Drum magazine.

In this powerfully evocative memoir of an international, award-winning career spanning over 50 years – in Europe, Africa and the US – this behind-the-scenes journey with a legendary photojournalist and visual storyteller is a rare and special privilege.