Join Deon Meyer for the launch of his thrilling new Benny Griessel novel The Last Hunt in Joburg (14 Nov)
More about the book! 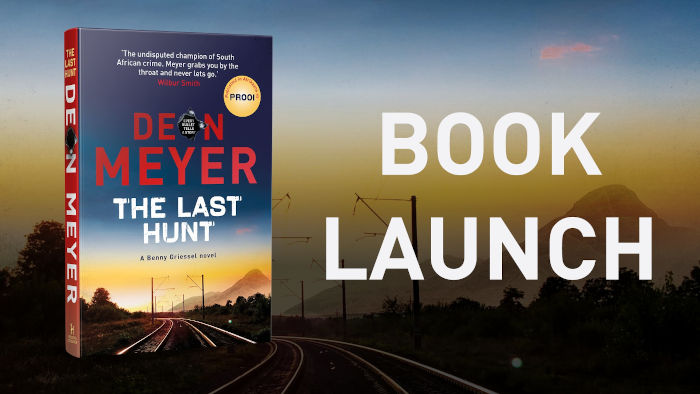 Jonathan Ball Publishers and Exclusive Books invite you to the Johannesburg launch of The Last Hunt by Deon Meyer.

Deon will be in conversation with author Ekow Duker at the launch.