Is there a serial killer at work in Joburg? NR Brodie returns with Three Bodies
More about the book! 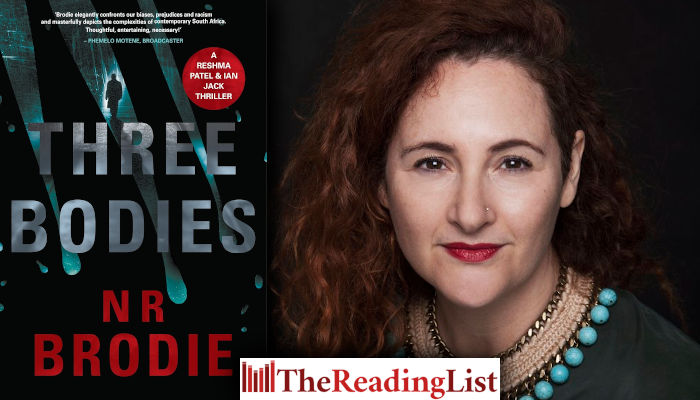 In Three Bodies, NR Brodie’s formidable duo (from her debut novel Knucklebone) are fighting time to figure out who is killing women in and around Joburg … is there a serial killer on the loose?

Pick up a copy today!

Reshma Patel and Ian Jack are back.

The first body was found in the Hartbeespoort Dam. An unidentified woman, presumably drowned, washed up on the banks of an exclusive golf estate. Next came the discovery of a grisly crime scene deep underground in Johannesburg, somehow connected to a second woman found dead in the Jukskei River where it ran through Alexandra.

When the body of a third woman is pulled out of the Vaal River, south of Joburg, Captain Reshma Patel starts to wonder if a serial killer is at work – or if the mutilated corpses have anything to do with the spate of cash-in-transit heists she’s busy investigating.

When a fourth woman goes missing Reshma and her partner, former police officer Ian Jack, have to figure out who is behind the killings – and to stop them, before they can strike again.

NR Brodie is a veteran journalist and bestselling author of six books. She holds a PhD in journalism from Wits University, and specialises in the research of violent crime and femicide in South Africa. Three Bodies is her second novel featuring the duo of Reshma Patel and Ian Jack.

Don’t miss the launch of The Educated Waiter: Memoir of an African Immigrant by Tafadzwa Z Taruvinga at Exclusive Books Rosebank