‘In the end, you’re a victim of your own comfort zone’ – Chanette Paul chats about her US debut, Sacrificed
More about the book! 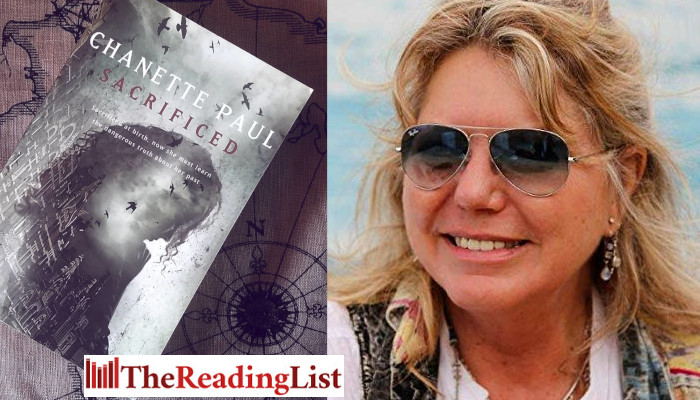 Paul is a prolific Afrikaans author of 41 bestselling crime, thriller and romance novels whose work has been translated into English and Dutch. Catalyst Press published Paul’s United States debut Sacrifice, which originally appeared in Afrikaans as Offerlam and was translated to English by Elsa Silke.

Caz Colijn receives a phone call from Belgium that tears her out of her reclusive life. In Belgium, where she tries to trace her and her daughter’s family origins, it becomes clear that that country’s colonial past has had as much impact on her life as the apartheid years in South Africa did.

The first book we're spotlighting for #ReadingAfrica is SACRIFICED by Chanette Paul (translated by Elsa Silke)….

Sacrificed has been well received in the US. The New York Journal of Books called it ‘a page-turner that will keep you reading long past the moment the midnight oil burns out’ and hailed Paul as ‘among the classiest thriller writers of our day’.

Catalyst Press chatted to Paul about Sacrificed and why the thriller genre is so popular in South Africa and the world.

Why do you think crime and thriller novels are doing so well in South Africa recently?

Up to about 15 years ago the perception was that South African crime novels – especially in Afrikaans – don’t sell well and publishers were very hesitant to publish them. This has changed drastically since.

The political changes in South Africa opened a whole new social and psychological landscape. Everyone regardless of race, culture, social standing, religious beliefs, sexual orientation or whatever differences there are, had to adapt in one way or another. Now that the shackles were shed, we had to learn what to do with our freedom and how to get along regardless of our differences. A situation like this is fodder to novelists. I think South African crime novels became so popular because it has the scope to mirror our current situation so accurately. We live in a crime-ridden country where crimes aren’t always solved, criminals not often enough get their due and good citizens live in fear.