How Ramaphosa got into business: An excerpt from Ramaphosa: The Man Who Would Be King by Ray Hartley
More about the book! 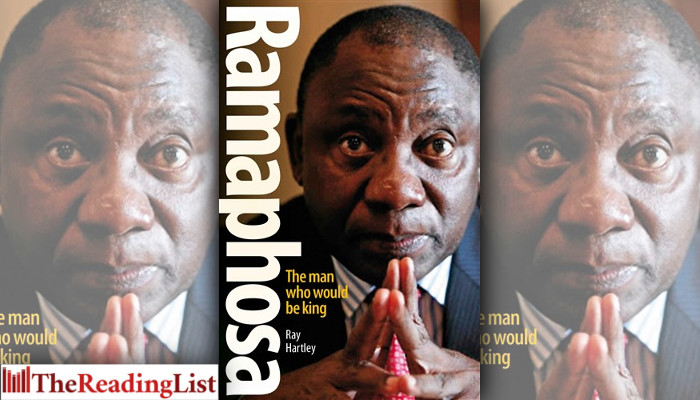 Ramaphosa: The Man Who Would Be King, by Ray Hartley‚ answers the question that everyone is asking: can the man in the middle lead from the front?

Hartley worked as an administrator at the CODESA negotiations, which ended apartheid. He has covered the unfolding drama of the new South Africa as a political correspondent, travelling extensively with Nelson Mandela and Thabo Mbeki. Hartley was the founding editor of The Times and editor of South Africa’s largest newspaper, The Sunday Times, from 2010 to 2013. He is author of Ragged Glory: The Rainbow Nation in Black and White and editor of the essay collection How To Fix South Africa.

Click on the link above for more about Ramaphosa: The Man Who Would Be King!

In this extract‚ shared by Business Day‚ Hartley tackles Cyril Ramaphosa’s entry into the commanding heights of business.

The excerpt focuses on the moment in 1996 when the Johnnic deal was gaining momentum, just after Ramaphosa had delivered the final Constitution. Ramaphosa then announced that he was leaving politics to chart a way forward for black empowerment:

He approached Mandela and the ANC with his plan and was granted permission. I asked him if it wasn’t true that he was the victim of Machiavellian manoeuvring within the ANC that had shunted him out of politics: ‘Not entirely true‚ not entirely true. Going into business was my choice. It was my choice. The one thing which I can say was that‚ soon after the constitution-making process‚ I wanted to revert back into the party, and what piqued me was the continuous stories that now I was reverting back into the party to begin building my profile – building myself to have a go at challenging Thabo Mbeki.”

That‚ said Ramaphosa‚ was far from his mind: “I had accepted that Thabo Mbeki was my leader‚ and‚ as a disciplined cadre of the ANC‚ I did not want to even be part of that. My view was that he had to execute the task he had been given by the party‚ finish that‚ and I was never one who wanted to undermine the leaders of the ANC who had a clear mandate and had been clearly elected by the organisation. With that type of story and view being spread around‚ it became a lot easier to then say: why don’t I go to another frontier? The business frontier.”