Bound by love. Driven by revenge. Call of the Raven by Wilbur Smith – out now in paperback
More about the book! 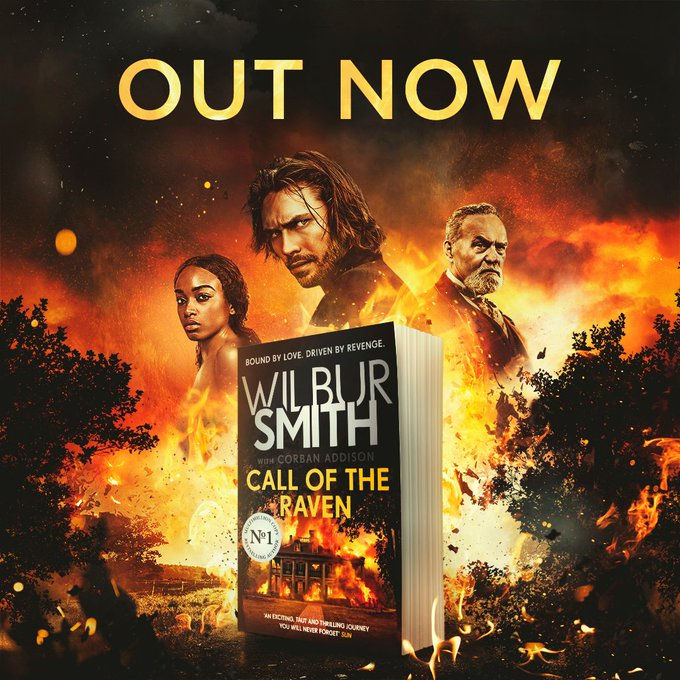 Call of the Raven, the action-packed and gripping adventure by number one bestselling author Wilbur Smith, about one man’s quest for revenge, out now in paperback!

‘An exciting, taut and thrilling journey you will never forget.’ – The Sun

The desire for revenge can burn the heart out of a man.

The son of a wealthy plantation owner and a doting mother, Mungo St John is accustomed to wealth and luxury – until he returns from university to discover his family ruined, his inheritance stolen and his childhood sweetheart, Camilla, taken by the conniving Chester Marion. Mungo swears vengeance and devotes his life to saving Camilla-and destroying Chester.

Camilla, trapped in New Orleans, powerless as a kept slave and subject to Chester’s brutish behaviour, must do whatever it takes to survive.

As Mungo battles his own fate and misfortune, he must question what it takes for a man to regain his power in the world when he has nothing, and what he is willing to do to exact revenge …

Wilbur Smith is a global phenomenon: a distinguished author with a large and established readership built up over 55 years of writing with sales of over 130 million novels worldwide. Born in Central Africa in 1933, Wilbur became a full-time writer in 1964 following the success of When the Lion Feeds, and has since published 41 global bestsellers, including the Courtney Series, the Ballantyne Series, the Egyptian Se­ries, the Hector Cross Series and many successful standalone novels, all meticulously researched on his numer­ous expeditions worldwide. His books have now been translated into 26 languages.

Corban Addison is the internationally bestselling author of four novels, A Walk Across the Sun, The Garden of Burning Sand, The Tears of Dark Water (winner of the inaugural Wilbur Smith Adventure Writing Award), and the forthcoming A Harvest of Thorns, all of which address some of today’s most pressing human rights issues. An attorney, activist, and world traveller, he is a supporter of numerous humanitarian causes, including the abolition of modern slavery and labour rights and supply chain transparency in the global economy. He lives with his wife and children in Virginia.

Out now: Children of Virtue and Vengeance, the highly anticipated second book in Tomi Adeyemi’s Legacy of Orïsha trilogy