‘Born the wrong colour – so I had to die’: Sara-Jayne King talks about identity, adoption and her memoir Killing Karoline
More about the book! 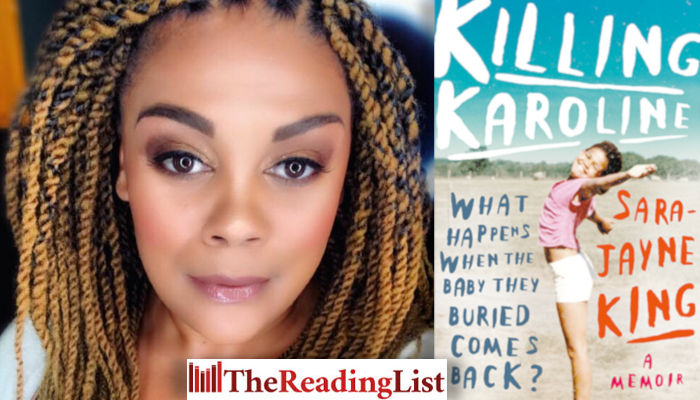 Born Karoline King in 1980 in Johannesburg South Africa, Sara-Jayne was the result of an affair, illegal under apartheid’s Immorality Act, between a white British woman and her black South African employee.

Sara-Jayne explains how her birth mother flew to England under the pretence of her baby needing urgent surgery.

‘When they got to the UK they went to the adoption agency, put her seven-week-old baby in the hands of strangers, got in the car, turned around and left her baby to be raised by two people she’d never met,’ she says. ‘They arrived back in South Africa … and the explanation they gave [for showing up empty handed] was that baby Karoline had died.’

Killing Karoline follows the journey of the baby girl who is raised in a leafy, middle-class corner of the South of England by a white couple.

‘I woke up every morning and looked out across fields and saw chickens and lambs. I really was living a very sort of white, middle-class existence,’ she says. ‘We didn’t want for anything, but from an identity point of view I had no racial mirrors at all.

‘I knew from an early age that to be black was not okay,’ she adds. ‘I didn’t realise I was black until somebody told me. I knew that my skin was a different colour, but what “black” meant in terms of identity, I had no idea that that’s what I was.’

Sara-Jayne’s story came full circle when she harnessed the collective power of Twitter to find her biological father. Read the article below:

Two years ago, Sara-Jayne released a book chronicling the circumstances of her adoption and the trajectory of her life afterwards. She had hired a private investigator to help her find her biological father, but without success. Then, while promoting her book on the radio, she mentioned his name. That’s when Twitter jumped into action. Within 36 hours of the radio show airing, she had her father’s phone number. She dialled it, and, for the first time, heard his voice on the phone. They talked for 30 minutes.

The pair spoke every day for a week before Sara-Jayne got on a plane to Johannesburg to meet her father, in person. They arranged to meet at a coffee shop in a shopping mall.