A young woman, bloodthirsty and out for revenge – Ashok Banker on his new book A Kiss After Dying
More about the book! 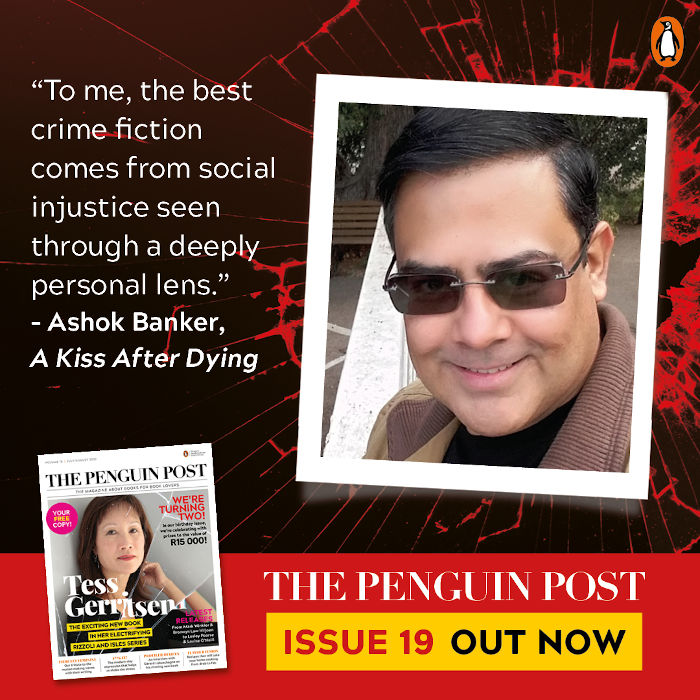 A Kiss After Dying is an utterly compulsive, totally original thriller with a truly jaw-on-the-floor twist; in author Ashok Banker’s own words, a ‘millennial revenge thriller’.

Banker writes here about his protagonist in the book, the one-of-a-kind Hannah:

The idea for A Kiss After Dying began with Hannah, of course. She’s as real a person as any; she just happens to live only on these pages for now.

Her story comes from my own life experience, being from a marginalised community in India. Behind every great fortune is a history of blood. Today, India has the third-largest number of billionaires in the world; throw a stone and you’ll quite likely hit one with a host of sordid secrets. I’ve seen first-hand what those from majority groups do to those in the minority – and how they get away scot-free. How authorities look the other way or, at times, actually even encourage this class of crime.

To me, the best crime fiction comes from social injustice seen through a deeply personal lens. As a crime story first and foremost, the social elements used only enrich and inform the background.

So, what if one victim decided she wasn’t going to sit quietly and take it? What if she set out to avenge herself and her family?

Hannah grew in my imagination over time, until one day she stood before, fully formed, and ready to jump into action.

Like Hannah, my family is Anglo-Indian and Portuguese Goan on my mother’s father’s side. I drew freely from my own culture and background but Hannah is very much a person of her age and time. She is an avenging angel on the cusp of Gen Z and Millennial, who is not just going to sit by and let a billionaire get away with what he did to her family – and quite likely, countless other families over time. She’s a brown Indian woman in the 2020s, kicking butt and taking names. Ricky Manfredi, a rich, self-centred Influencer, is unfortunate enough to be the first butt. Once she sets her sights on him, he doesn’t stand a chance.

But she’s not a pulp-novel assassin: she’s a real, vulnerable young woman with feelings and empathy. Like all revenge stories, the blind rage of vengeance can’t overcome the experience of intimate human contact. Once she gets to know her chosen prey, she has to deal with all the complicated emotions and attractions of a flesh-and-blood human being. That changes her. It affects her mental health and her choices that go into her second act of revenge – and her third. The result is that the journey deviates quite a bit from the plan, leading to dark, unexpected places. All through the lens of a socially connected young Indian woman with deep family bonds. I’ve never read a person like Hannah before and it was a great pleasure and privilege to follow her on her journey. She’s the captain of this ship; I was just along for the ride.

A Kiss After Dying is out now.

Charming and handsome, Ricky Manfredi is living an idyllic playboy life when, out of the blue, he bumps into a shy pretty girl named Hannah.

That’s not her real name.

Ricky has always had his pick of women. But when chance brings them together a second time, he finds himself irresistibly drawn in.

Which is exactly how she planned it.

It’s not long before, to the surprise of them both, Ricky and Hannah are falling for each other. But Hannah knows that can’t be allowed to happen.

Because murder is only the first stage of her plan …