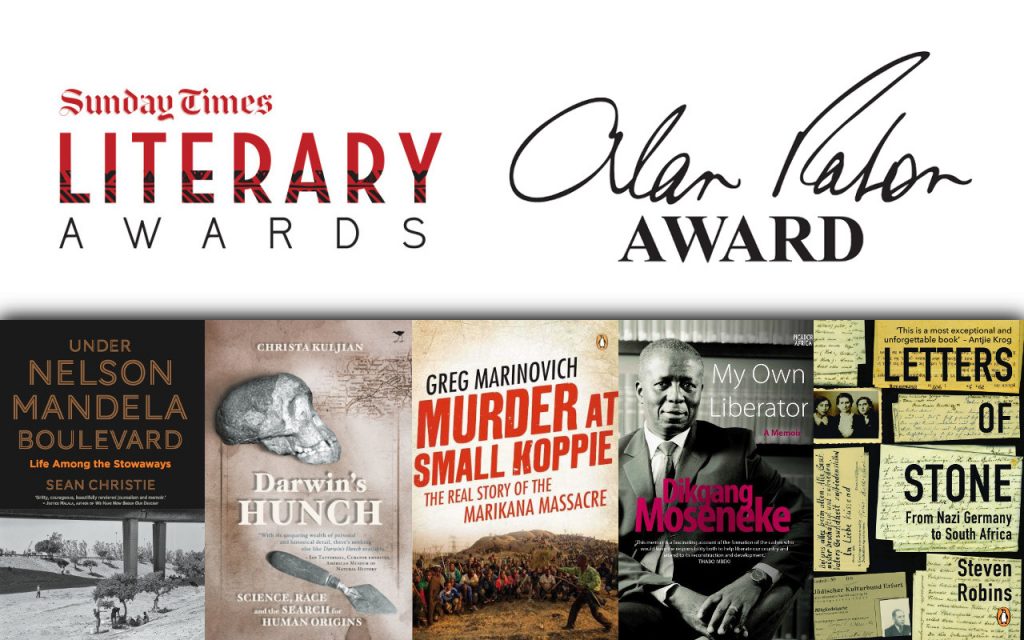 The shortlist for the Alan Paton Award for non-fiction has been announced!

The shortlist for the 2017 Alan Paton Award reflects a diverse range of subjects and historical eras: from human origins to the Marikana of just three years ago, from Cape Town today to wartime Berlin. “These are books that raise critical questions about our past, present and future,” says chairperson Pippa Green. “The big question being asked is who are we?”

The Alan Paton Award is part of the Sunday Times Literary Awards, the other award being the Barry Ronge Fiction Prize – see the shortlist for that award here!