Win a copy of Being Chris Hani’s Daughter, courtesy of Jacana Media
More about the book! 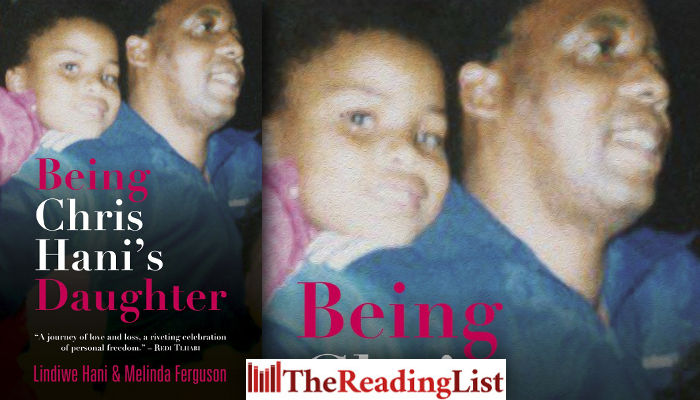 Today marks 25 years since Chris Hani was assassinated. To commemorate, Jacana Media is giving away two copies of Being Chris Hani’s Daughter.

The book is written by Lindiwe Hani and Melinda Ferguson.

When Chris Hani, leader of the South African Communist Party and heir apparent to Nelson Mandela, was brutally slain in his driveway in April 1993, he left a shocked and grieving South Africa on the precipice of civil war. But to 12-year-old Lindiwe, it was the love of her life, her daddy, who had been shockingly ripped from her life.

In this intimate and brutally honest memoir, 36-year-old Lindiwe remembers the years she shared with her loving father, and the toll that his untimely death took on the Hani family. She lays family skeletons bare and brings to the fore her own downward spiral into cocaine and alcohol addiction, a desperate attempt to avoid the pain of his brutal parting.

Then, in a stunning turnaround, she faces her demons, not just those that haunted her through her addiction, but, with the courage that comes with sobriety, she comes face to face with her father’s two killers – Janus Walus, still incarcerated, and Clive Derby Lewis, released in 2015 on medical parole. In a breathtaking twist of humanity, while searching for the truth behind her father’s assassination, Lindiwe Hani ultimately makes peace with herself and honours her father’s gigantic spirit.

Today marks 25 years since #ChrisHani was assassinated. To commemorate, we are giving away a copy of Being Chris Hani's Daughter by Lindiwe Hani and Melinda Ferguson. To win, simply RT. pic.twitter.com/q0rgEhgrbY

Today marks 25 years since #ChrisHani was assassinated. To commemorate, we are giving away a copy of Being Chris Hani's Daughter by Lindiwe Hani and Melinda Ferguson. To win, simply share and like this post.

Get the most bang for your buck from the taxman: How to Get a SARS Refund by Daniel Baines

Award-winning journalist and bestselling Killing Kebble author Mandy Wiener has a new book coming in May!

‘Nobody owns Joburg, which is the way it should be’ – NR Brodie chats about her debut novel Knucklebone