Three-way international rights deal for The Pan-African Pantheon: Prophets, Poets, and Philosophers
More about the book! 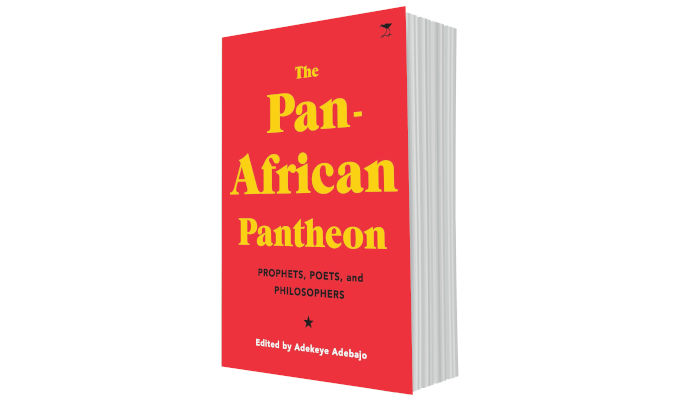 Jacana Media is delighted to announce a three-way rights sale for The Pan-African Pantheon: Prophets, Poets, and Philosophers, edited by Adekeye Adebajo.

Legendary Jamaican publishers Ian Randle Publishers will publish for The West Indies, while BookCraft Africa, who publish the work of Nobel laureate Wole Soyinka, will launch their edition in Nigeria.

‘I am thrilled that the title has found a home with such an illustrious group of publishers. We know that The Pan-African Pantheon is destined to be a core teaching text, but it also manages to captivate and educate the interested lay reader. It is such a welcome addition to the bookshelves in a time of #BlackLivesMatter.’

‘We are delighted to have worked with Jacana Media to secure these publishing rights for this exciting and definitive work on Pan-African thinkers. We want to congratulate the contributors of this work. It is wonderful that Pan-Africanism has such a wide universal appeal.’

Manchester University Press will publish in the UK in March 2021 and in the US in May 2021.

‘A major contribution to our understanding of the life and work of key figures in the history of Pan-Africanism, presented by scholars from Africa, the Caribbean, the US and Europe.’ – Professor Hakim Adi, University of Chichester in England.

‘This book is a must-read for students and practitioners interested in the political, socio-economic, and cultural autonomy and self-reliant development of exiled Africans and Africans on the continent.’ – Professor Kwame Akonor, Seton Hall University, United States

‘This volume constitutes a remarkable piece of scholarship, given its conceptualisation, scope of thematic coverage, and fascinating range of eminent African and Diaspora personalities, encompassing the scope and promise for building a new ‘people-driven Pan-Africanism’. This is a volume deserving to be read and re-read, reflected on, widely disseminated and debated – it is indeed a tour de force.’ – Dr Patrick Gomes, former Secretary-General of the Organisation of African, Caribbean, and Pacific States (OACPS)

This book makes a unique contribution to the literature on Pan-Africanism by providing lively biographical essays of 36 major Pan-African figures by a diverse and prominent group of African, Caribbean, and African-American scholars. They examine historical and contemporary Pan-Africanism as an ideology of emancipation and unity. The volume covers well-known Pan-Africanists such as WEB Du Bois, Marcus Garvey, Amy Ashwood Garvey, CLR James, George Padmore, Kwame Nkrumah, Frantz Fanon, Steve Biko and Thabo Mbeki, as well as popular figures not typically identified with mainstream Pan-Africanism such as Maya Angelou, Mariama Bâ, Buchi Emecheta, Miriam Makeba, Ruth First, Wangari Maathai, Wole Soyinka, Derek Walcott, VY Mudimbe, Léopold Senghor, Malcolm X, Bob Marley and Fela Anikulapo-Kuti. The book also covers topics such as the history and pioneers of Pan-Africanism; the quest for reparations; politicians; poets; activists; as well as Pan-Africanism in the social sciences, philosophy, literature, and its musical activists. This is a comprehensive and diverse introductory reader for specialists and general readers alike.

Professor Adekeye Adebajo is the Director of the Institute for Pan-African Thought and Conversation (IPATC) at the University of Johannesburg in South Africa. Professor Adebajo is the author of six books, including Building Peace in West Africa; The Curse of Berlin: Africa after the Cold War; UN Peacekeeping in Africa; Thabo Mbeki: Africa’s Philosopher-King; and Essays on Nigeria and South Africa. He is co-editor or editor of nine books on Africa’s international relations. Professor Adebajo holds a doctorate from Oxford University in England, and is a columnist for Business Day (South Africa), The Guardian (Nigeria), and The Gleaner (Jamaica).