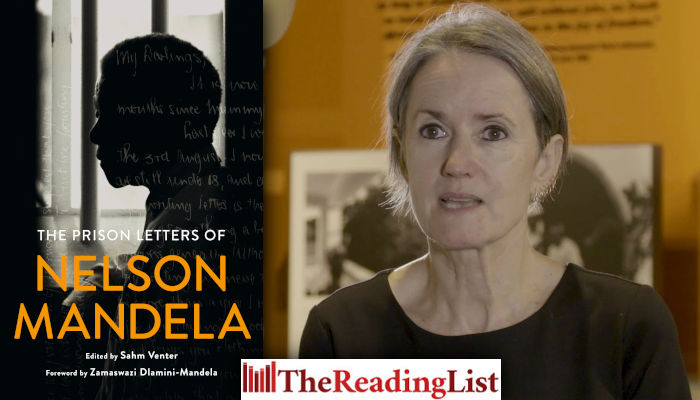 Published upon the centenary of his birth, The Prison Letters of Nelson Mandela is a landmark work: the first, and only, authorised and authenticated collection of correspondence spanning the twenty-seven years Mandela was held as a political prisoner.

The book is edited by Sahm Venter, who worked as a journalist for over twenty years, mainly covering the anti-apartheid struggle, including Nelson Mandela’s release from prison in 1990 for The Associated Press, and South Africa’s transition to democracy.

Venter was a member of the editorial team for Nelson Mandela’s books Conversations with Myself and Dare Not Linger: The Presidential Years. She has edited and co-authored a number of books with some of South Africa’s most prominent freedom fighters including Winnie Madikizela-Mandela and Ahmed Kathrada. She is currently senior researcher at the Nelson Mandela Foundation.

‘The world generally has a view of Nelson Mandela as being this cuddly teddy bear, or this grandfatherly person, because he was a grandfather when he came out of prison,’ Venter says.

‘But when he went in he was a real freedom fighter, who had taken up the armed struggle to end apartheid in South Africa. And these letters paint a picture of virtually every aspect of his personality, and more importantly his resilience.’