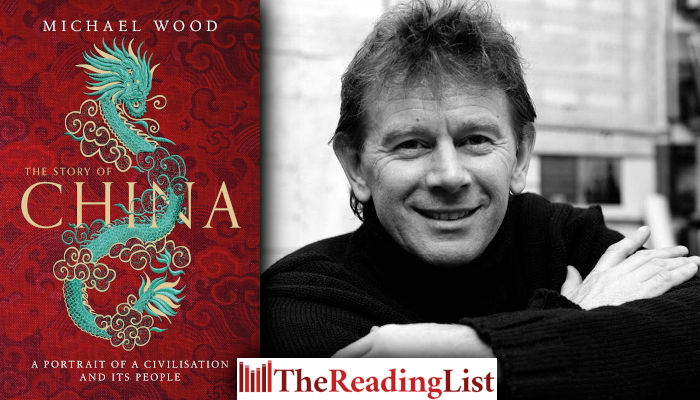 China’s story is extraordinarily rich and dramatic. Now Michael Wood, one of the UK’s pre-eminent historians, brings it all together in The Story of China, a major new one-volume history of China that is essential for reading for anyone who wants to understand its burgeoning role in our world today.

China is the oldest living civilisation on earth, but its history is still surprisingly little known in the wider world. Michael Wood’s sparkling narrative, which mingles the grand sweep with local and personal stories, woven together with the author’s own travel journals, is an enthralling account of China’s 4000-year-old tradition, taking in life stationed on the Great Wall or inside the Forbidden City.

The story is enriched with the latest archaeological and documentary discoveries; correspondence and court cases going back to the Qin and Han dynasties; family letters from soldiers in the real-life Terracotta Army; stories from Silk Road merchants and Buddhist travellers, along with memoirs and diaries of emperors, poets and peasants.

In the modern era, the book is full of new insights, with the electrifying manifestos of the feminist revolutionaries Qiu Jin and He Zhen, extraordinary eye-witness accounts of the Japanese invasion, the Great Famine and the Cultural Revolution under Chairman Mao, and fascinating newly published sources for the great turning points in China’s modern history, including the Tiananmen Square crisis of 1989, and the new order of President Xi Jinping.

A compelling portrait of a single civilisation over an immense period of time, the book is full of intimate detail and colourful voices, taking us from the desolate Mongolian steppes to the ultra-modern world of Beijing, Shanghai and Hong Kong. It also asks what were the forces that have kept China together for so long? Why was China overtaken by the west after the 18th century? What lies behind China’s extraordinary rise today?

The Story of China tells a thrilling story of intense drama, fabulous creativity and deep humanity; a portrait of a country that will be of the greatest importance to the world in the twenty-first
century.

Michael Wood is an internationally acclaimed historian, filmmaker and broadcaster, and the author of several bestselling books, including four UK (three Sunday Times) number one bestsellers. He has made well over one hundred documentary films, hailed as some of ‘the most innovative history programmes ever on TV’ by The Independent. These include In the Footsteps of Alexander the Great and The Story of India, which the Wall Street Journal described as ‘still the gold standard’ of documentary history making. Michael is a Fellow of the Royal Society for the Arts, the Royal Historical Society, and the Society of Antiquaries. He recently received the British Academy President’s Medal for services to history and outreach.

Gau-Trained: Poems and Stories by Flow Wellington – an honest account of what it takes to make it in the big city