The master of legal thrillers is back – find out more about Scott Turow’s new book The Last Trial
More about the book! 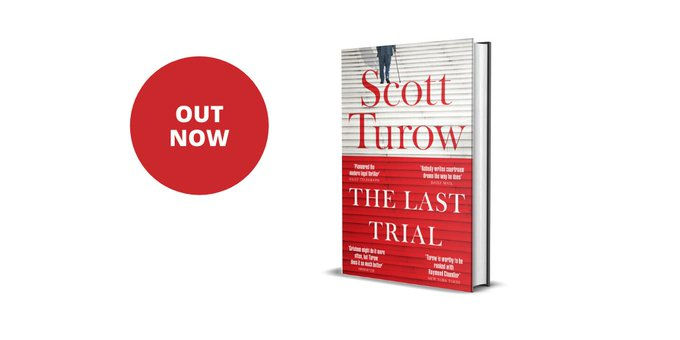 Full of the deep insights into the spaces where the fragility of human nature and the justice system collide, Scott Turow’s The Last Trial is a masterful legal thriller that unfolds in page-turning suspense and questions how we measure a life.

Out now from Pan Macmillan!

From the bestselling author of Presumed Innocent, The Last Trial recounts the final case of Kindle County’s most revered courtroom advocate, Sandy Stern.

On the brink of retirement, legendary defence attorney Sandy Stern is persuaded to take on one last case to defend an old friend.

As the trial progresses, Stern will question everything he thought he knew about his friend. Despite Pafko’s many failings, is he innocent of the terrible charges laid against him? Stern’s duty to defend his client and his belief in the power of the judicial system will face a final, terrible test in the courtroom, where the evidence and reality are sometimes worlds apart …

‘The master is back and in The Last Trial Scott Turow takes it to another level.’ – David Baldacci, number one bestselling author

‘The Last Trial is Scott Turow at his best and most ambitious. He has elevated the genre once again.’ – Washington Post

‘Grisham might do it more often, but Turow does it so much better.’ – Observer

‘In this meticulously devised courtroom drama, rich with character detail, Turow again demonstrates what he does best: roll out a complex, keenly observed legal case yet save a boatload of surprises for its ending. And make it personal.’ – New York Times