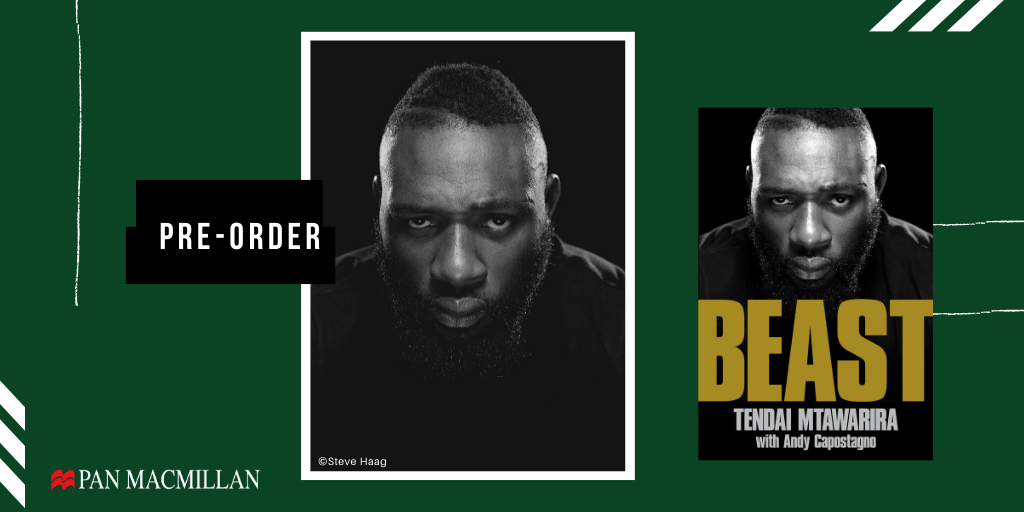 Beast is written by Mtawarira and Andy Capostagno.

Mtawarira is known throughout the rugby world simply as Beast. Or, more often than not, ‘Beeeaaassssttt!’, as crowds from Durban to London, Buenos Aires to Auckland cry whenever he gets the ball.

‘In all my research and interviews one thing stands out above all else: no one has a bad word to say about Beast. He is universally respected as a rugby player and admired as a human being.’ – Andy Capostagno

Playing in his third World Cup in 2019, Beast has been in a winning series against the British and Irish Lions, contested two Super Rugby finals and won three Currie Cups with his beloved Sharks. Along the way, he has been moved from back row to front row, bullied by xenophobic politicians and undergone three bouts of heart surgery.

Beast is the story of how a humble man from Zimbabwe has become a rugby icon.

Think Like a Monk: Train Your Mind for Peace and Purpose Every Day by former monk and social media star Jay Shetty