Rewilding Africa by Grant Fowlds and Graham Spence – a vivid account of environmental conservation
More about the book! 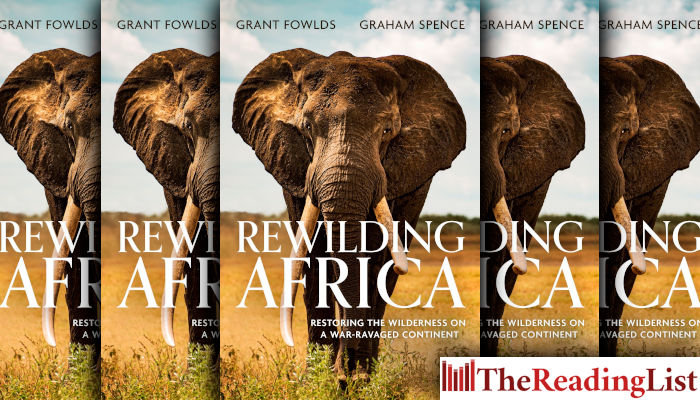 Rewilding Africa: Restoring the Wilderness on a War-Ravaged Continent by Grant Fowlds and Graham Spence is out now from Jonathan Ball Publishers.

From the bestselling authors of Saving the Last Rhinos comes a new vivid account of environmental conservation and the ongoing efforts to conserve and restore Africa’s iconic wildlife and its wildernesses on a war-ravaged continent.

Rewilding Africa tells the story of one man’s decades-long mission to preserve the habitats of elephants, rhinos and other iconic wildlife that have populated the vast continent of Africa for thousands of years.

Over a lifetime, Grant Fowlds has worked with fellow conservationists to educate and inform individuals, governments and charities across the globe about the devastating impacts that deforestation, poaching and human interactions have had upon the ever-decreasing homes and populations of some of the world’s most endangered species.

Rewilding is simple: allocate more wild spaces to the animals whose homes are being reduced by our impact on their world.

Reality is complex: politics, illicit underground activities – and now pandemics – are a constant threat to these animals’ lives and their natural surroundings.

Fowlds and Spence bring us right into the heart of African wildlife and the world of conservation, recounting heartening stories about the collected efforts being made by communities, both big and small, to tackle these threats head-on as the effects of decreased wildlife and their homes will soon threaten our own livelihoods on this precious planet.

Grant Fowlds is a South African conservationist with a unique commitment to everything endangered. Inspired by the late elephant whisperer Lawrence Anthony, Fowlds’ recent undercover filming of a tusk and horn auction in Vietnam demonstrates that he is on the right track.

Graham Spence is a South-African-born-UK journalist and editor. Spence and his late brother-in-law, Lawrence Anthony, wrote The Elephant Whisperer, the story of the incredible relationship forged between one man and a herd of wild African elephants.