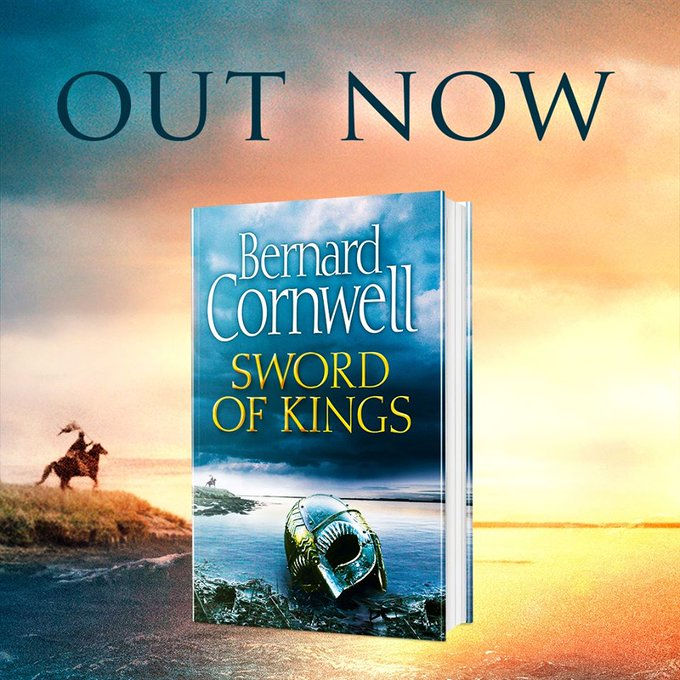 Sword of Kings – the 12th instalment of Bernard Cornwell’s bestselling series chronicling the epic saga of the making of England.

Uhtred of Bebbanburg is a man of his word.

A violent attack drives Uhtred south with a small band of warriors, and headlong into the battle for kingship. Plunged into a world of shifting alliances and uncertain loyalties, he will need all his strength and guile to overcome the fiercest warrior of them all.

As two opposing Kings gather their armies, fate drags Uhtred to London, and a struggle for control that must leave one King victorious, and one dead. But fate – as Uhtred has learned to his cost – is inexorable. Wyrd bið ful ãræd. And Uhtred’s destiny is to stand at the heart of the shield wall once again …

‘Cornwell draws a fascinating picture of England as it might have been before anything like England existed.’ – The Times

‘A reminder of just how good a writer he is.’ – Sunday Times

‘Nobody in the world does this better than Cornwell.’ – Lee Child

Bernard Cornwell was born in London in the United Kingdom, raised in Essex and worked for the BBC for 11 years before meeting Judy, his American wife. Denied an American work permit he wrote a novel instead and has been writing ever since. He and Judy divide their time between Cape Cod and Charleston, South Carolina.