Robin Renwick’s account of political corruption in South Africa: How to Steal a Country
More about the book! 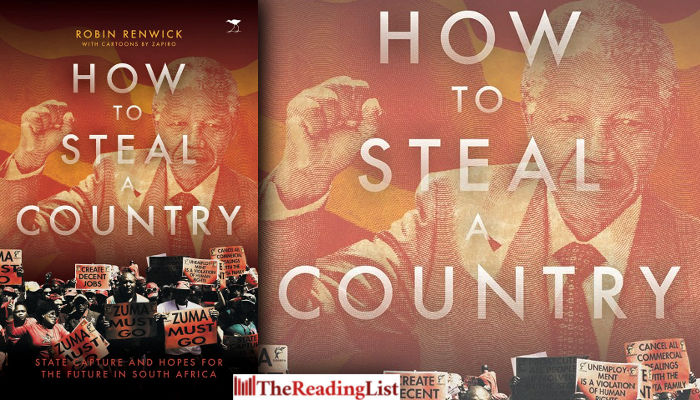 How to Steal a Country describes the vertiginous decline in political leadership in South Africa from Mandela to Zuma and its terrible consequences.

Robin Renwick’s account reads in parts like a novel – a crime novel – for Sherlock Holmes old adversary, Professor Moriarty, the erstwhile Napoleon of Crime, would have been impressed by the ingenuity, audacity and sheer scale of the looting of the public purse, let alone the impunity with which it has been accomplished.

Based on Renwick’s personal experiences of the main protagonists, it describes the extraordinary influence achieved by the Gupta family for those seeking to do business with state-owned enterprises in South Africa, and the massive amounts earned by Gupta related companies from their associations with them.

Renwick, Baron Renwick of Clifton, is a crossbench peer in the House of Lords. He was ambassador to South Africa during the period leading to the release of Nelson Mandela. He was subsequently served as ambassador to the United States.

How to Steal a Country: Based on Renwick’s personal experiences of the main protagonists, it describes the extraordinary…