Celebrating the late, great, Juby Mayet – listen to the Sound of Jacana Podcast and Mixtape, hosted by Charles Leonard
More about the book! 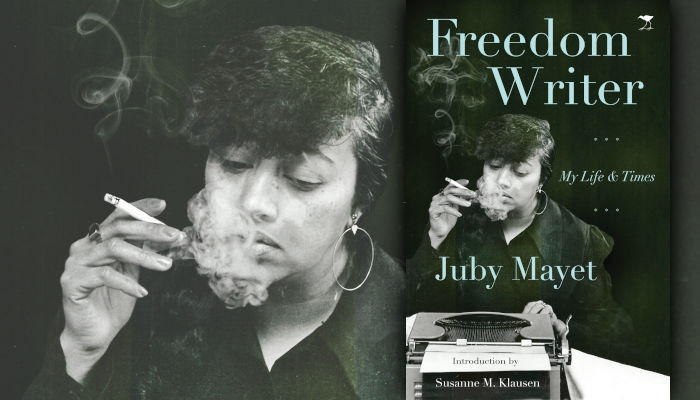 The Sound of Jacana Podcast and Mixtape, hosted by Charles Leonard, is out now!

The first episode is dedicated to the late, great, Juby Mayet, featuring extracts from her memoir, Freedom Writer: My Life and Times.

Mayet passed away in April 2019 at the age of 82. The New Age. Drum, Golden City Post, Voice – some of the greatest publications of an era – were elevated by Juby’s voice. Her hepcat, jazz-inflected writing is thrilling, and all the more so in this, her memoir. Mayet was a writer and a fighter, for whom media freedom was sacred, and being a writer was the greatest thing a person could do.

Juby was a founding member of the Union of Black Journalists and a member of the Writer’s Association of South Africa. She was detained in 1979 and, following that detention, was served with a five-year banning order. Her career spanned five decades, and although not always working as a journalist (she worked as a cleaner and a secretary), she cleared the path for black women journalists, and inspired generations of South African journalists.

The podcast, in the form of a mixtape, will make you laugh, cry and sing along. Juby’s memoir is filled with music and tales to tickle, beguile and make you misty-eyed.